The candidacy – Haftar is supported by key regional actors involved in the Libyan dossier such as Egypt ed United Arab Emirates, but he is also accused by his opponents of wanting to establish a new military dictatorship. The general would seem to be looking for power through the ballot boxes after the resounding failure of his military adventure at the gates of Tripoli, seat of the government recognized by the UN and the international community, in 2019. And so, in his speech today, the general explained that the December elections are “the only way to get Libya out of chaos”. The regime fell Muammar Gaddafi in 2011, Libya plunged into a long period of bloody violence and struggles between rival powers in the east and west of the country.

And rivals – Last weekend, the son of the ex Rai’s, Saif al-Islam Gheddafi, has formalized his candidacy for the presidency of the country. However, it remains to be seen whether, with what consent and by whom, the colonel’s second son will really arrive at the elections. Saif is in fact sought after by the International Criminal Court. He was detained in Zintan prison until July 2016 and a Libyan court sentenced him to death on charges of genocide. He later got an amnesty.

On the other side is the premier of the Libyan national unity government, Abdul Hamid Dbeibah, who stated that he will give up the leadership of the country only if the electoral process starting on 24 December is transparent and with the consent of all the parties, underlining the need to “amend the electoral law, in order to guarantee inclusiveness and transparency “. Dbeibah has long acted as if he were aiming for a candidacy, but the problem is that for him the ban on candidacy it is very explicit, having been set for all members of the government. “If the elections are transparent and based on the consensus of all parties, I will hand over power to the new government chosen by the Libyan people,” he commented during the press conference organized at the end of the Paris summit on Libya. 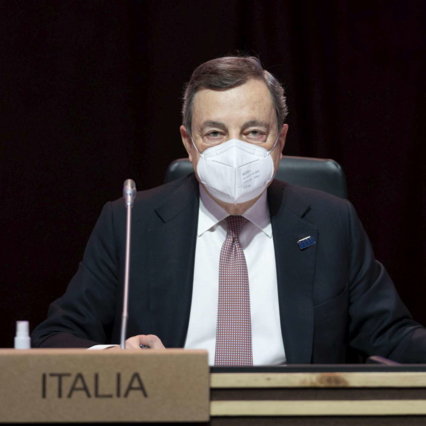 The internal clashes – For the moment, Gaddafi’s and Haftar’s candidacies have already produced many negative reactions. Groups of “revolutionaries” of Misrata, of Zawiya, of Tripoli, have clearly protested against both proposals: they do not want an heir to the regime that was overthrown in 2011 to have a chance to return to power. And they do not want the commander who bombed Tripoli for months to be able to participate in a decisive phase of the political confrontation.

PREV Thailand, in 2022 will reopen the beach made famous by the film “The Beach” with DiCaprio
NEXT A meme that made it

He died at the age of 24 in a head-on collision in Castelletto Stura: from January 44 victims as in all of 2019

Bryan Adams positive for Covid-19, it is the second time in a month. The test just landed in Italy in Milan