Saudi Arabia it eliminates the obligation of the mahram: for the first time give it Islamic they will be able to participate in the traditional pilgrimage to Mecca without being necessarily accompanied by male guardians. The decision regarding the ministry of the hajj (Arabic name of the pilgrimage) was made known in the country only last month, and it officially allowed women of all ages to leave for the sacred city without a male relative, the mahram. , provided that they go there, however, in a group.

A stance that is part of the social reforms promoted by the crown prince Mohammed bin Salman, in an attempt to give new luster to the sultanate, which is trying to shake off its austere and patriarchal image and diversify its oil-dependent economy. Since bin Salman’s rise to power in 2017, women have already been granted the allowed to drive and of travelling abroad without a male guardian.

L’hajj it is one of the five pillars of Islam, and requires Muslims who possess the physical and economic requirements to make the ritual journey to Mecca at least once in their lifetime. For the second consecutive year, the pilgrimage had to deal with several limitations due to the outbreak: it was in fact reserved for people aged between 18 and 65 who received two doses of the vaccine and those suffering from chronic diseases were instead excluded. 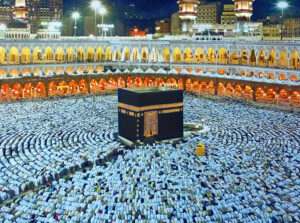 In 2021 they were therefore only admitted 60,000 residents in Saudi Arabia, selected out of nearly 560 thousand applicants. Before the health emergency, on average, they took part in the hajj every time more than two million people. Of these 60,000 who participated in the rituals this year, according to a Saudi official, the 40% would be women.

Although the decision comes directly from the kingdom, different tourist agencies they have already made it known that they will not accept women without them being accompanied by a male guardian. This is just the latest demonstration that social reforms have had to contend with opposition from one for decades deeply conservative society. And that continues to deny progress in terms of civil rights.

Rest area for campers, the proposal of Italia Viva – Cronaca