Observing Venus with his telescope, Galileo Galilei was among the first to notice that the planet’s appearance in the sky varied over time with cycles similar to those of the Moon which appears to us as new, growing, full and waning. Thanks to those observations conducted in 1610, Galileo found important confirmation that it was the planets that revolved around the Sun and not vice versa. Despite the role it played in the discovery of planetary movements and its relative proximity to the Earth, there are still many things that escape us about the history of Venus and its present. NASA and the European Space Agency (ESA) are confident of filling these gaps at least in part and to do so they have recently announced important missions to the planet.

By the end of this decade, NASA’s DAVINCI + and VERITAS probes and ESA’s EnVision will have the task of exploring and mapping Venus, collecting valuable data on the thick atmosphere that covers the planet and which according to some theories could host some form of life. as we know it.

Hot hot
Venus is located on average at a distance of 170 million kilometers from us. It has dimensions and mass similar to the Earth, to the point of being sometimes called a twin of our planet, but it has a decidedly less hospitable climate. Its atmosphere is made up mostly of carbon dioxide, which helps create a greenhouse effect unmatched in the solar system. This circumstance combined with the greater proximity to the Sun, makes Venus the hottest planet in our vicinity.

The surface is difficult to observe because Venus is surrounded by very dense and thick clouds, formed mainly of sulfuric acid. The average ground temperature of 460 ° C and the acid composition of the atmosphere make it unlikely the existence of any form of life on the surface.

Since the late 1960s, however, some astronomers have speculated that there may be life forms not on the surface, but in the cloud layers at 60,000 meters above sea level, where atmospheric pressure and temperatures are more similar to those on Earth.

This fascinating theory (a little too creative for the most skeptical) seemed to have received some confirmation last September, after the discovery of traces of phosphine, a gas that on Earth is linked to the activities of living beings. Since then, several researchers have been debating whether phosphine is really there and whether it can be a credible clue to the presence of life.

DAVINCI + and VERITAS may provide some new clues, but they were not built specifically to detect the presence of phosphine. The design of the two probes had in fact begun several years earlier than the new phosphine studies, and consequently the instruments used were designed for other purposes. For NASA it will still be an important return, considering that it sent the last probe to the atmosphere of Venus in 1978.

DAVINCI+
As can be guessed, DAVINCI + owes its name to Leonardo da Vinci, indicated by NASA researchers as their source of inspiration for his ability to fuse together «engineering, technology and art». The acronym stands for “Deep Atmosphere Venus Investigation of Noble gases, Chemistry, and Imaging, Plus” and the probe will have the task of collecting data to reconstruct the planet’s past.

In fact, researchers hypothesize that Venus was once similar to Earth, with oceans covering much of its surface and perhaps the presence of some form of life. Then something happened that caused the planet to lose surface water and become an increasingly hot and hostile place. The data collected could help confirm this theory, understand how Venus-like planets evolve, and make more accurate estimates of what could happen to Earth due to global warming.

DAVINCI + will perform two close passes in order to collect data on the movement of the clouds and on the composition of the surface. A smaller probe will then detach from the spacecraft and cross the atmosphere of Venus collecting data on its chemical composition, wind strength and pressure. Approaching the ground, it will detect the conformation of the Alpha Region, a large area in which the ground is fragmented and has large deformations.

VERITAS
The VERITAS (Venus Emissivity, Radio Science, InSAR, Topography, and Spectroscopy) spacecraft will orbit Venus with the task of mapping the planet’s surface at high resolution. The data collected by its radar will be used to build a three-dimensional map of the planet, which will also allow us to understand if it is still active from a geological point of view, for example with phenomena of volcanism.

Thanks to VERITAS, researchers are confident of obtaining new elements to reconstruct the history of Venus from a geological point of view, and to understand why it evolved so differently from that of the Earth. 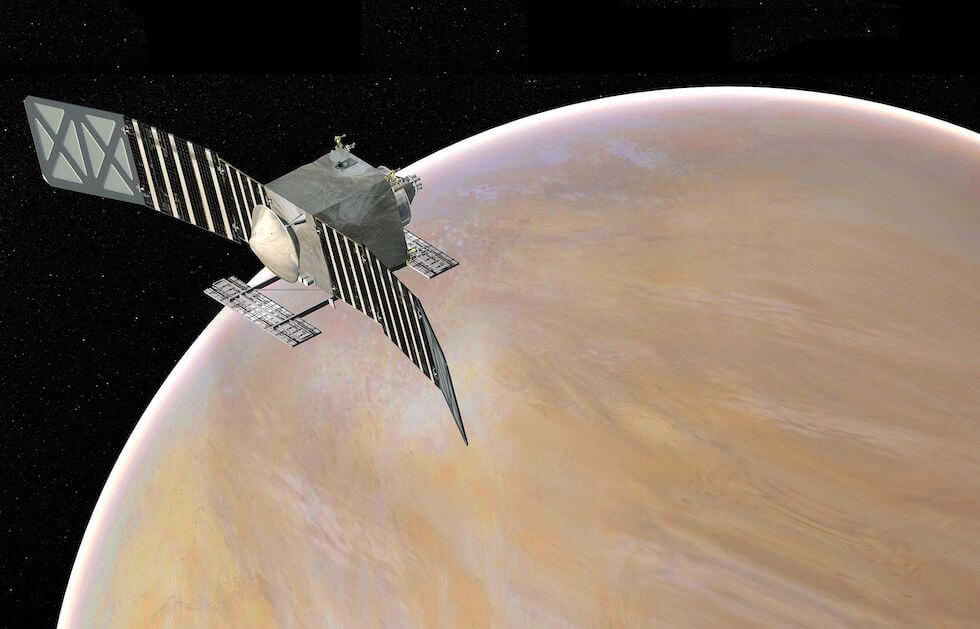 The VERITAS probe with Venus in the background, in a graphic elaboration (NASA)

EnVision
On June 10, ESA announced that it had selected EnVision as its next mission to Venus. The initiative involves sending a probe to detect the stratification of the planet’s subsoil and with instruments for the study of its surface and atmosphere, part of the instrumentation will be provided by NASA as part of a collaboration between the two agencies. The launch is scheduled for 2031, then it will take the spacecraft about 15 months to reach Venus and another 16 months to stabilize its orbit around the planet at an average distance of 380 kilometers. 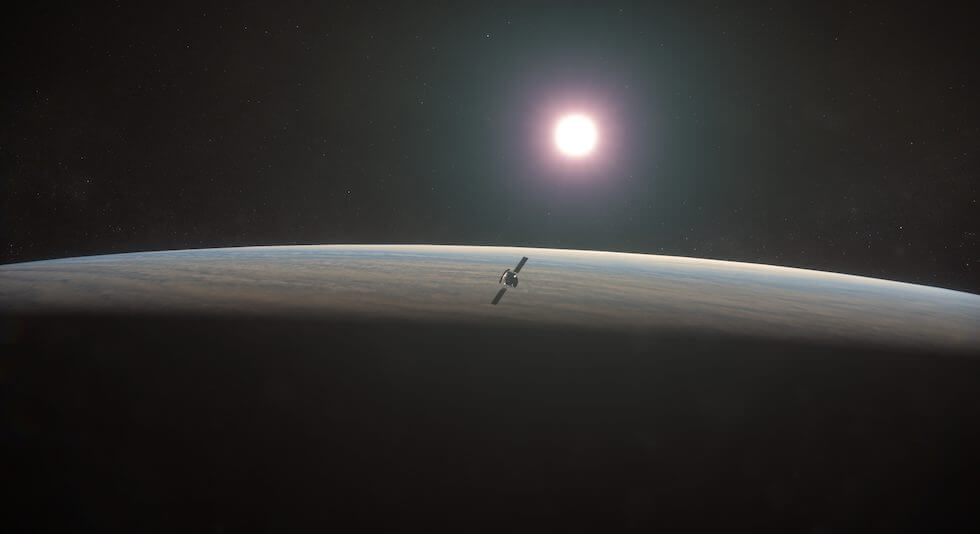 EnVision with Venus in the background, in a graphic elaboration (ESA)

Less Mars
The news of the three missions has excited many astronomers, who in recent years had more or less vehemently criticized NASA for neglecting Venus, devoting much more attention to another planet: Mars.

Over the past 30 years, the US space agency has sent a large number of probes and robots to explore Mars, putting it at the center of its solar system programs, with the prospect of one day reaching it with its astronauts. Landing on Mars is not at all easy, but on the other hand the planet does not tend to melt anything that touches its surface as it does on Venus.

Beyond Venus
Precisely because it has received less attention, Venus still hides many mysteries for scientists. The two missions will in all likelihood provide information that will significantly change not only knowledge about the planet, but more generally the way we consider and evaluate planets outside our solar system and at enormous distances, which perhaps we will never be able to reach.

When at the end of 1610 Galileo became aware of the phases of Venus, an important clue to confirm the heliocentric theory, he sent Giovanni Kepler a sentence in Latin that said: “These premature things are said by me in vain” (“These immature I have read Dy»). It was a code phrase as was often used at the time to prevent other scientists from taking over other people’s discoveries before they were made public while awaiting further confirmation. Kepler struggled to decipher it and it was later revealed by Galileo himself: “The mother of loves [Venere, ndr] imitates the forms of Cinzia [la Luna, ndr]».

While telescopes increasingly powerful than Galileo’s telescope allow us to observe stars that formed when the Earth did not exist, and whose light takes billions of years to reach us, we are not yet able to observe directly and accurately the planets that orbit. around them. However, we are fortunate to have seven planets in our vicinity in addition to the Earth, with unique characteristics depending on their size and their position with respect to the Sun.

It is a formidable sample to study to understand how other planets can be made, which we still cannot see and at distances that we cannot even imagine. DAVINCI +, VERITAS and EnVision as well as the other interplanetary missions organized in recent decades, help us to do this and to discover something new, even about ourselves.

PREV WindTre: updated the list of zero installment smartphones available in the store – MondoMobileWeb.it
NEXT iOS 15, here’s how the verification process to add ID cards works

Google, back to office from mid-October with vaccination obligation