This year’s WWDC falls at a delicate time for the ecosystem revolving around Apple’s operating systems, amid new rules to ensure user privacy and an ongoing process that could shake up the entire system on which Apple is based. App Store. At the center of the annual conference of developers the news of the next operating systems of the various Apple devices. iOS 15, iPadOS 15, WatchOS 8, macOS Monterey are available immediately for developers, from July in public “beta” and for everyone from autumn. However, no announcements regarding the hardware, despite the expected arrival of the next MacBook Pro. Here all the updates.

Tim Cook enters Apple Park to greet the many – millions – of WWDC spectators. The public? I’m memoji. Thus begins the June annual conference dedicated to developers who revolve around the ecosystem of Apple devices. Two hundred sessions scheduled from 7 to 11 June.

macOS. The next version of macOS will be called Monterey. SharePlay functions to share audio or video during FaceTime also arrives on Macs, as well as Focus and other new features for iOS 15. With Universal Control you can use a keyboard and mouse or touchpad continuously between a Mac and an iPad. Simply move the cursor from the edge of the computer screen to the edge of the tablet to activate the input devices on the tablet. You can also drag & drop content (an image) from one device to another. Indeed, it can be done on 3 or more devices.

macOS: the other news. With AirPlay to Mac you can stream audio or video from your iPhone (or iPad) to your Mac, for a presentation to colleagues or family for example. The Shortcuts app, which allows you to chain commands to obtain a complex flow of operations, arrives on macOS Monterey and supports Automator in a “transition over several years” (which will likely end with the replacement of the old Automator). The Safari browser gains a cleaner and more orderly management of the tabs.

HomePod mini in Italia? The announcements also include the arrival of the Siri assistant in Italian on the smart speaker HomePod mini: a sign that the small speaker, a rival of Amazon Echo and Google Nest Audio, will soon arrive in our country, where up until now it had never been distributed in shops.

Watch OS. Target the news that will arrive in the fall with WatchOS 8, the operating system of the Apple Watch. The goal is health. Several features arrive in the Respira app, mainly dedicated to mindfulness. In addition to focusing on your breathing, there will now be tips for having a minute of reflection throughout the day. The Sleep app adds breathing tracking, so you can notify us if something – during the night – is abnormal. While TaiChi is added to the different workouts recognized by the smartwatch. On a more aesthetic level we have the possibility of creating a background for the dial with a portrait photo. The Photos app, among other things, has been completely redesigned, with a selection of folders – Memories and Favorites for example – and the ability to share a message content or via Mail directly from here. 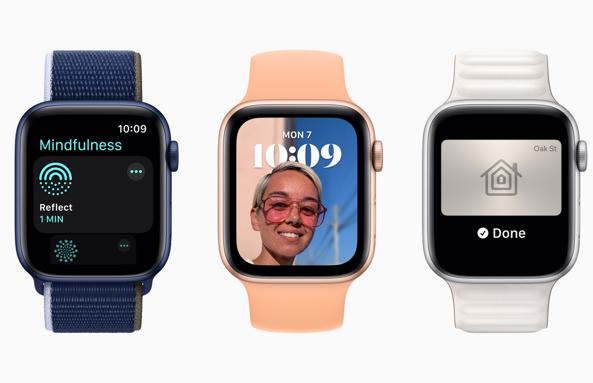 iCloud+. At the same price at which you have access to iCloud today, you will be able to take advantage of iCloud +, a backup system with various enrichments. Private Relay a system that allows you to make our online browsing completely anonymous. While Hide My Email does the same with our email address. In the sense that every time we select it, the system automatically generates a random email address that hides the real one. Useful for example against phishing attacks. 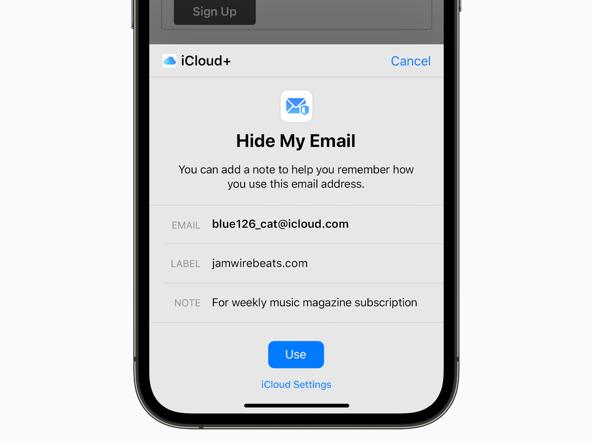 iCloud: little big attention. The news concerning iCloud is very interesting. How many have experienced the loss of having lost all their data – not to mention the phone backup – because they just couldn’t remember the password? Here, now there is a solution that allows you to have a list of trusted contacts through which to request a code to restore your account. Definitely useful. Just as useful is another feature which by now, in such a connected and digital life, one cannot do without. It is called Digital Legacy, the digital legacy, and it allows us to access our iCloud after death. A small – big – attention that Apple has decided to have after those cases like that of a family in Milan who could no longer access the data of their missing son because he did not know the code of his iPhone.

Privacy chapter, a theme particularly felt at Apple. After the arrival of the Tracking Transparency App with iOS 14.5, the control of our data will continue and will be perfected on iOS 15. Starting from the Mail, with the Mail Privacy Protection which hides the IP address, location and emails we have Open. Even on Safari it will be possible to hide the IP address. There will be a Privacy report to monitor to understand which of our data is exposed to developers or third party companies. Not even Siri escapes privacy protection. The voice assistant is updated with a number of improvements that prevent any audio coming out of the device. 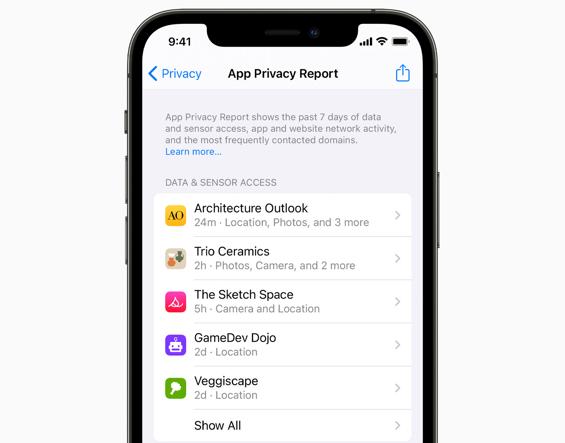 iPad Os: multitasking. iPadOS 15 finally allows you to place widgets on homescreens, something only allowed to iPhones with iOS 14 so far. And App Library also arrives. The most important steps forward on the front of Multitasking, a problem that is clear so far to those who wanted to use an iPad Pro to work. With iPadOS 15 a menu at the top allows you to manage Split View (2 apps together with the screen split in half) more easily and to change the apps in Split View with a “swipe” of the finger from top to bottom. And the Shelf arrives, a sort of docking bar to switch from one app to another without switching from the homescreen. 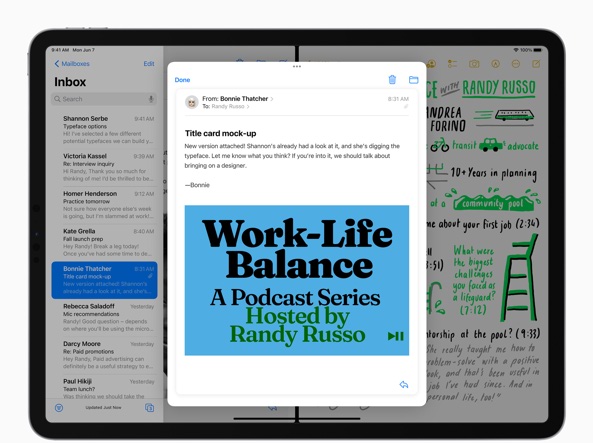 iPad Os: QuickNote. Quick Note is a new way to take notes on the fly using Apple Pencil: just use it with a “swipe” from the lower right corner of the screen to start taking notes.

Also new on the AirPods Pro. The next update brings with it several features to optimize its use. Conversation Boost allows us to focus on what the person in front of us is saying, selectively eliminating background noise. While Announce Notification gives us a more personalized management of notifications. Finally comes the spatial audio. Thanks to the update also with iPad Pro we will be able to listen to the 360-degree enveloping sound with Dolby Atmos.

iOS 15: what’s new in FaceTime. iOS and the news that will bring the update to version 15 are the first theme of the event. Let’s start with FaceTime, Apple’s video calling system. Which is a candidate to become the next system to be used not only for a simple phone call with video but also the platform for professional meetings or aperitifs with friends. It takes something from Microsoft Teams, something else from Zoom. Here comes the audio isolation, which allows you to isolate your voice and eliminate background noise. And as for the video part, the grid and the Portrait mode are introduced, which makes the background blurry. Now you can create a link from FaceTime to create a meeting. Even those who have Android, therefore, can now access a video call on the Apple platform (but via browser). And finally you can share your screen with SharePlay. Or listen to the same music and watch the same TV series. 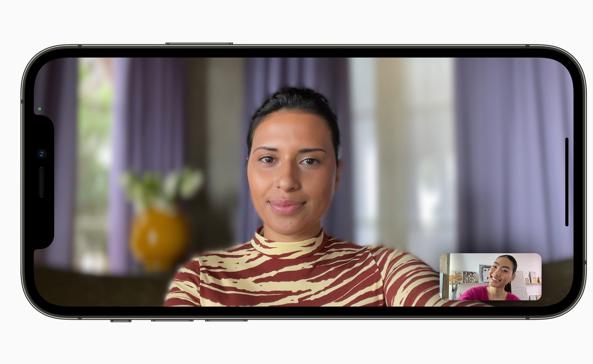 iOS 15: the news of iMessage. iMessage is enriched and becomes more like a social than a chat. If we send several photos at the same time, they gather in a collage or gallery. Another feature allows you to share content with our contacts. It’s called ShareWithYou and a section that will appear in the Photos app, as well as in the Music app, on Safari and on Apple Podcast or – for those who live in the US – on Apple News.

iOS 15: smart notifications. With iOS 15, it will be possible to decide which notifications to receive based on the time of day. Different focuses are available: from work to personal life to the cleanest do not disturb. For each we can choose which apps are enabled. 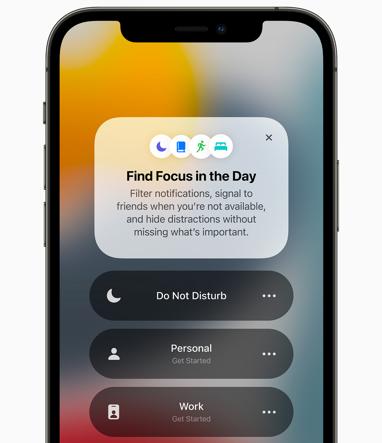 iOS 15: Live Text. The smart part continues with Live Text, an artificial intelligence system that allows you to recognize writings and numbers within an image. Just select it and then share it, search Safari for more information or – in the case of a phone number – call directly. Kind of like the Google Lens on Android. 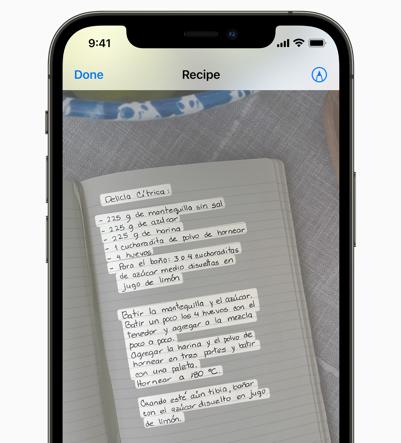 iOS 15: the new Maps. Apple Maps was not a success. Not very functional and not very precise, they have never managed to become a worthy rival for Google Maps. With iOs 15 comes the relaunch. The new Maps are actually improved: three-dimensional, they show shops, buildings, tourist places. All very evident with different colors. There is also a night mode. For driving directions, the Maps show details that help the driver to drive, from preferential taxi and bus lanes to traffic lights and pedestrian crossings. For public transport, real-time timetables and alerts at each stop are available. Finally, for those who go on foot, there are indications in augmented reality. Definitely an ambitious project, which for now reaches a dozen cities, American and British, from London to Los Angeles. But soon it will expand, even in Italy. 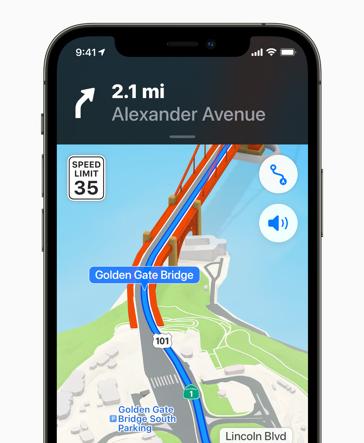 PREV Rainbow Six Extraction is the official name of Quarantine, here are the first two videos – Nerd4.life
NEXT Smart TV: 6 4K models under 500 euros until Sunday

Space, the moons of the interstellar planets could be habitable

Halo Infinite: Master Chief is back (but there’s a disappointment)