The first images of the AORUS Z690 XTREME of Gigabyte, the spearhead of the motherboard offering that will accompany the release of the 12th generation Intel Core CPUs.

Il form factor Extended ATX allows the motherboard to have a series of exclusive features and high connectivity, such as one cover for DDR5 memories never seen before equipped with RGB lighting, designed to hide simple and perhaps ugly first generation DDR5 memory while waiting for better looking kits to be made available.

The motherboard is equipped with tre slot PCIe x16: the first, x16 electric, PCIe 5.0 type; the second, electric x8 which, if used, halves the lines available to the first slot, again PCIe 5.0; the third, finally, mechanical x16 that has four PCIe 3.0 lanes.

On the connectivity front, the motherboard features a Marvell AQC113C (formerly Aquantia) 10GbE network chip paired with two Intel 2.5GbE for a total of three Ethernet ports, along with Wi-Fo 6E wireless connectivity and an unspecified number of USB ports, including support for Thunderbolt 4 connection capable of driving a video signal up to 5K at 60 Hz.

Regarding the storage we find tre slot M.2, with the M.2_1 slot having a bulky aluminum fin heatsink and the remaining two, nestled between the two PCIe 5.0 slots, which instead make use of a typical “Thermal Armor” that also covers the Z690 chipset.

On the entire board there is a kind of armor, we do not yet know if in plastic or metal, which covers most of the PCB. The connectors on the right side of the motherboard, except for the front Type-C one, are arranged orthogonally to the PCB, improving the management of power and data cables. 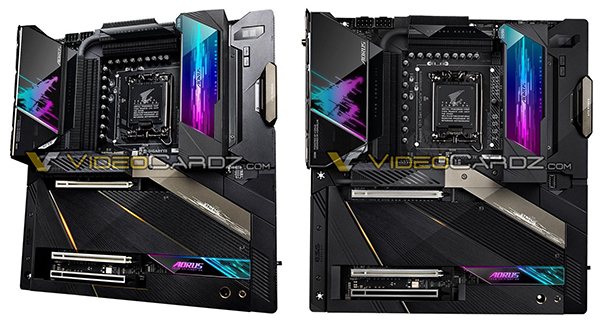 There is also a Debug Code LED along with two buttons for starting and resetting the system if you mount the AORUS Z690 XTREME on a test bench. The audio solution is finally entrusted to a Realtek codec with DAC Saber ESS, perhaps an evolution of what is already present on AORUS Z590 XTREME. Availability is expected for November 4, the debut day of the new Intel CPUs, with a price that could reach – given the history – that of an average Italian salary.

NEXT Capcom Arcade Stadium makes record numbers on Steam, but the merit is only of the bots – Nerd4.life

“Strauss-Khan tried to kiss me and I slapped him”

Bags, Omicron is less scary but Europe remains at the window