The 12th generation of Intel Core processors is about to see the light in early November, and with it many new standards such as memories DDR5, connectivity PCI Express 5.0 and a wider spread of features hitherto considered the prerogative of high-end motherboards such as Thunderbolt 4 and Wi-Fi 6E.

Support for DDR5 memory, in particular, is one of the crucial points of Alder Lake processors. The new DRAMs guarantee a much higher bandwidth than DDR4, greater energy efficiency given by lower operating voltages and more extreme overclocking guaranteed by the changes made to the standard by JEDEC.

In a recent post, MSI confirmed what we sadly all feared: at launch, DDR5 memory will cost 50-60% more than DDR4. The company explains that in the past every generational leap has been distinguished by a price increase of 30-40%, but since DDR5 integrates a greater number of components (like the PMICs) this time the increase will be higher.

MSI estimates that it will take about 2 years to reach the same price levels as DDR4, but the hypothesis should be considered as a “best case scenario“given the trend in the prices of raw materials and the difficulties of the production chain.

While on the one hand DDR5 significantly increases the bandwidth to support CPUs with a high number of cores, on the other hand we have a significant increase in latencies, with the JEDEC DDR5-4800 standard featuring CL40-40-40-76 timings. This state of affairs, at least initially, could lead to a scenario in which the transition to new memories will not be an advantage for gamers. 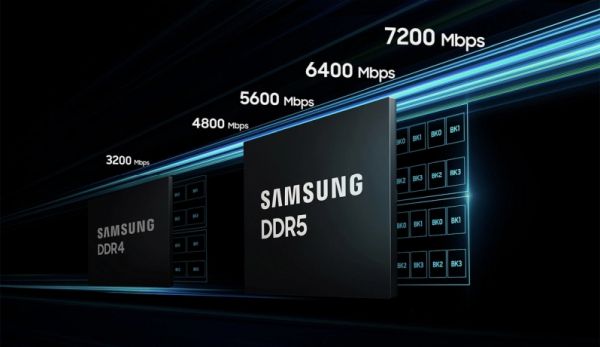 Often, in fact, games tend to prefer lower latencies to higher bandwidth, so we could be faced with similar if not lower performance in gaming by pairing the new Intel CPUs with DDR5 rather than DDR4. It must be said that a lot will depend on the memory controller integrated into the Intel CPUs, as well as on the design of the new Z690 motherboards.

The bandwidth of DDR5 could instead be particularly useful for GPUs integrated in microprocessors. In short, at least initially it will be necessary to carefully evaluate the choice between DDR5 and DDR4 both for a matter of cost and performance: fortunately Alder Lake supports both standards and on the market we will see Z690 motherboard models with DDR4 or DDR5 slots, thus giving a good choice for consumers.

NEXT Capcom Arcade Stadium makes record numbers on Steam, but the merit is only of the bots – Nerd4.life

Godfall Challenger Edition free with PS Plus, controversy for the absence of the campaign

“It is a safe product” – Corriere.it