The main news of the day
• In the last week, the number of new coronavirus cases registered has remained below twenty thousand, the pressure on intensive care units has been contained in all regions and the number of deaths has also dropped significantly compared to the previous seven days. The data are now quite clear and say that the epidemiological situation is under control throughout Italy. Like every Friday, here we have collected some data on the progress of infections and vaccinations in Italy in the last week.

• For some time there has been discussion about the possibility of vaccinating Italians who will travel this summer for tourism in a region other than their own. A definitive decision on this has not yet been taken, but on Thursday the Conference of Regions discussed it with government representatives to try to find a solution: we talked about it better here.

• On Monday 7 June, four regions will pass into the white zone: they are Abruzzo, Liguria, Umbria and Veneto, where for three consecutive weeks a weekly incidence of coronavirus infections was recorded of less than 50 cases per 100 thousand inhabitants. These regions are added to Friuli Venezia Giulia, Sardinia and Molise, which had passed into the white zone on 31 May. 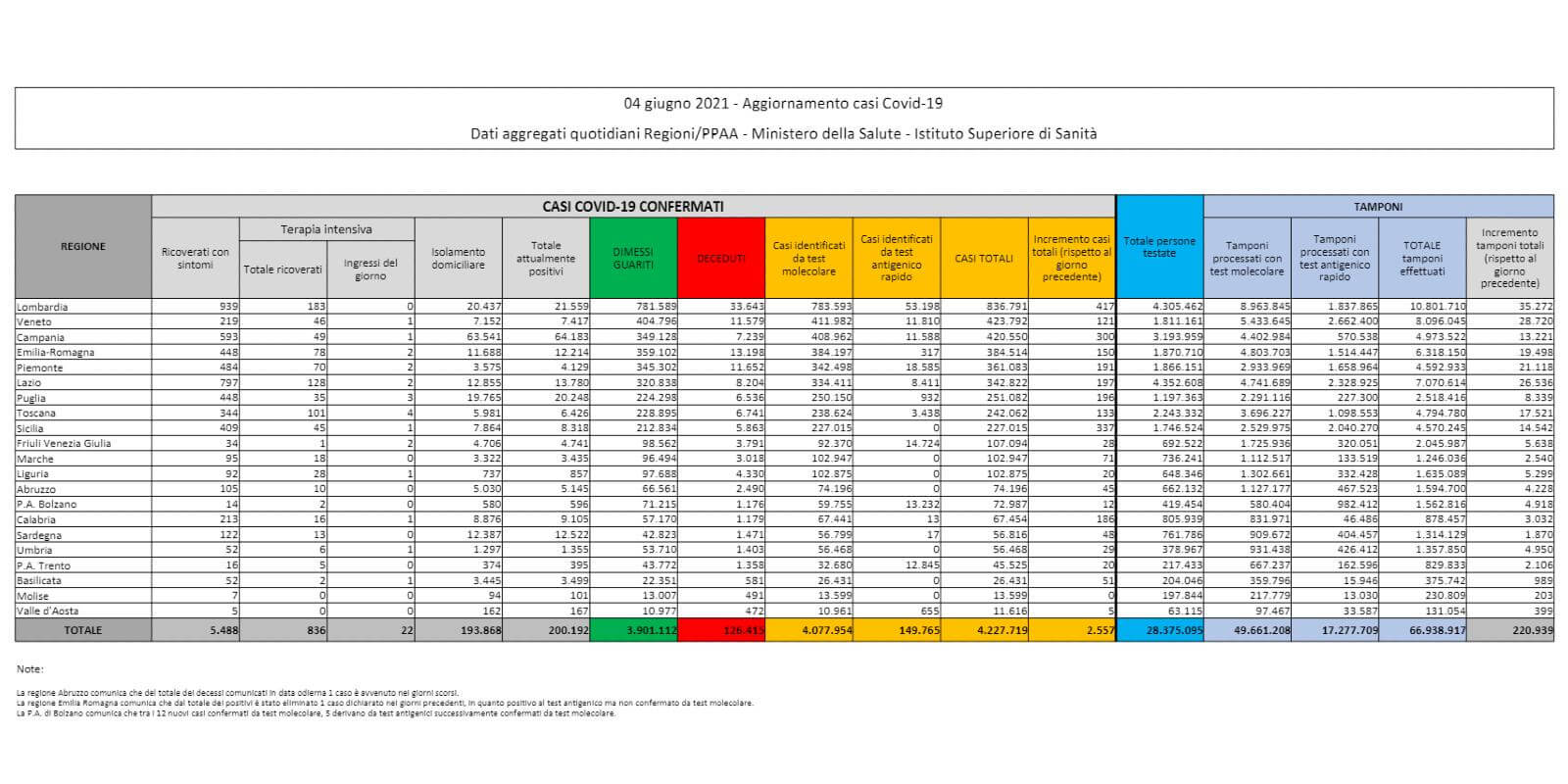 – Read also: The situation of vaccines in Italy, in real time

PREV Italy, absolute debut for Raspadori: it is the 35th of the Mancini era
NEXT School, 9 June regional union presidium in Milan “Stability for the precarious”

Mario, who died at 14 from the consequences of Covid: “The youngest victim in Italy”

The European vaccination pass has also been approved in Italy. Here’s how to get it

Covid, doubts about the German vaccine CureVac: how effective it is

DELTA VARIANT, why is it very DANGEROUS? THE SYMPTOMS, and all the INFORMATION to recognize it »ILMETEO.it