The test ride with tourists

From the minutes, reported by Corriere della Sera, a new series of irregularities and anomalies in the management of the plant emerge. Starting with the test run of that May 23rd. “That morning – Pietro Tarizzo, the operator who checked the ropes on the day of the accident, tells the investigators – for the test run, I did not climb alone but with 12 other people, in addition to my colleague Zurich”. Normally the “test ride”, in which you test the system and make sure that everything works correctly, is carried out only by the experts, but not that morning “because Nerini told us: the group goes up with you”.

Luigi Nerini, owner of Ferrovie del Mottarone, was in fact at the plant on the morning of 23 May: “There were him and Mrs. Patrizia – says Tarizzo – I went to check the tensioning ropes. I did a visual check by pointing a pile on all strands. There were no anomalies. Then we went up with the 12 people on Mottarone “. 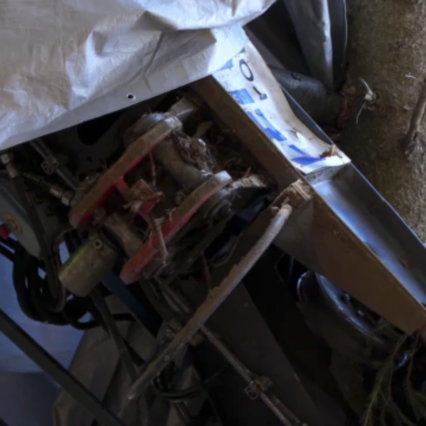 “Tadini ordered the brakes to be applied”

For the investigators it now seems a certainty that the disaster was caused by the insertion of forks, which deactivated the emergency brakes. Still to be clarified who put them on and who was aware of the procedure. Stefania Bazzaro, machinist, said that “it was Tadini who ordered the application of the shoes on the emergency brakes even during the regular operation of the system. When I asked him if I should remove them, he replied to leave them where they were. ‘it was a problem with the brakes. “

For the driver Ahmed El Khattabi they would instead have been oversights: “It happened to make passengers travel in the cabin with the logs. As far as I know it happened when the attendant forgot to remove them. But it is strictly forbidden to make them travel like this”.

Aware or not of the risk of using forks, however, the employees all seem to agree on Tadini’s responsibilities. “I put them on and off several times – says Fabrizio Coppi, station agent -. I remember asking Tadini for clarification, when he ordered me not to remove them. He said: before a tractor or a cast head breaks, it takes some. At first he told me: don’t worry, nothing happens anyway. The next month I was forced to drop 38 people from a blocked cabin “.

“We knew about the dangers of forks, but we were afraid of losing our jobs” An explanation of how a practice considered by all to be incorrect may have been perpetrated for a long time, to the point of reaching the tragedy, Tarizzo finally explained. “We all knew that it was not normal to travel with forks mounted … but I was afraid of losing my job if I said no”.

PREV Plot against Meloni, Crosetto accuses Lega and Forza Italia – Il Tempo
NEXT Turin, the vaccine open day is a success: 6,000 seats sold out in a few minutes

first INFECTION in HUMAN in GORIZIA, over 200 cases in SLOVENIA. The SITUATION »ILMETEO.it

«Milan I love you, you made my dreams come true. Tonight I play for you “

Milan, fashion restarts and returns to parade in the squares – Fashion