In the square among the fans? A case. “I went to the Rinascente because I had to buy a dress for a wedding to which I am invited in July, I received messages from my friends telling me that they were in the Duomo celebrating the Scudetto. I looked out, greeted them and went on foot towards Cairoli, but when I passed, there was not all that crowd “. Silvia Sardone – who speaks here in an interview with La Stampa – is a MEP and municipal councilor of the Lega (she was also elected to the Regional Council, but then had to choose between incompatible positions), entered politics with Berlusconi’s blues and electrocuted on the way to the League a few years ago, the evil ones say why they didn’t give it enough space in Forza Italia.

Scudetto Inter, Mayor Sala on the controversy: “Such a party would have taken place in any city. Salvini? An idea to send the fans to the stadium”

Sunday afternoon, among the fans in Piazza Duomo and in Piazza Castello there was also her, and a scudetto after 11 years also means a selfie published on social media, with a Nerazzurri mask and sentences of jubilation. Selfie that in the background portrays not a half-empty square, but many crowded fans. A second photo, on the other hand, shows her with the friends mentioned above. The regional councilor of the Lega, Salviniano di ferro, Massimiliano Bastoni and Stefano Pavesi, the author of the shot, councilor of the Lega town hall who in 2016, when he participated in the elections in support of the challenger of Sala Stefano Parisi, was at the center of much controversy for its proximity to Loyalty Action, an ultra-right group. 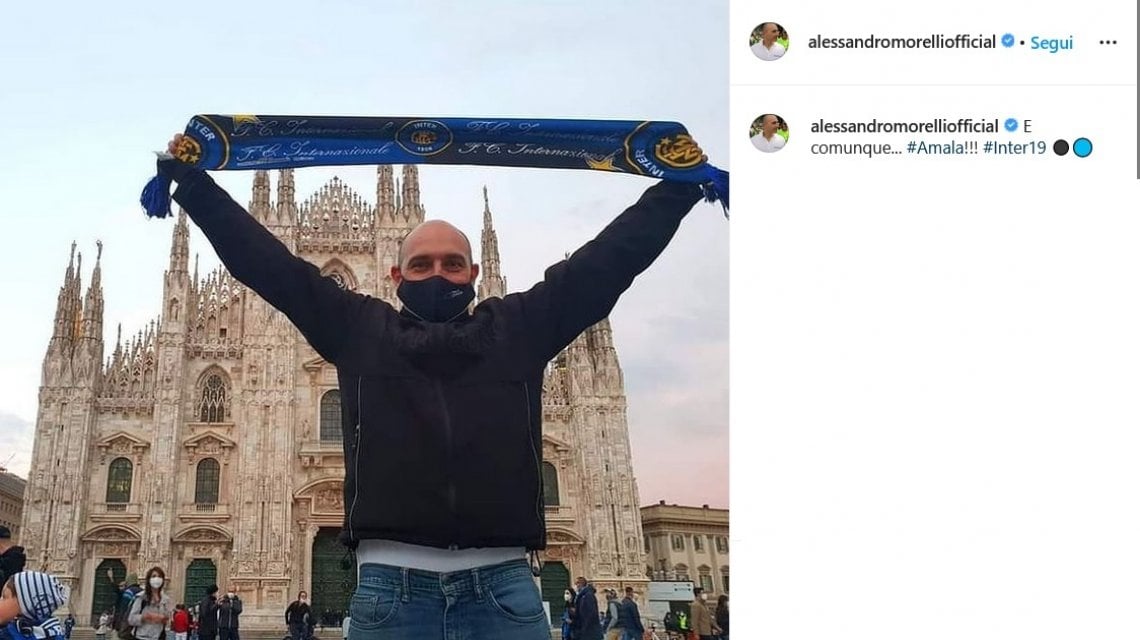 Fans like many, it can be said. Except that yesterday, throughout the day, the League with Salvini in the head shelled the mayor Sala and the deputy mayor Scavuzzo for the management of the square in the Scudetto party on Sunday afternoon, demanding resignation at full blast for the gatherings. And so, the League was repaid with the same coin, and with many teasing on social media: “Does the League protest at the gatherings and then its advisers and MEPs were in the streets?”. Among the Inter fans in the Duomo the Deputy Minister Alessandro Morelli is also mentioned, and he too did not miss the photo on social media with the Nerazzurri banner and the Duomo in the background. But, by chance or by choice, there are only a few people in the photo behind him, as if the party hasn’t started yet.

Salvini-Sala, social controversy on the Inter Scudetto party: “Better the stadium than the square”. “No, San Siro is closed”

PREV Herculaneum rediscovers the officer of Pliny the Elder, he died to help – Art
NEXT Rome and Lazio are likely to return to the orange zone. Here because

It’s not the Arena, Nicola Morra reveals that Piercamillo Davigo showed him the minutes on the Loggia Hungary – Libero Quotidiano

Covid, 250 new cases in Marche The incidence of positives rises to 12%

Cristina Chiabotto has become a mother: party at Juve – Tuttosport

In Syracuse 40 new covid positives, in Sicily less than 500 infections in 24 hours