A tragic carom at the height of an underpass, two broken lives. The toll of the accident that took place yesterday afternoon in Palermo, in Viale della Regione Siciliana, worsened. After Chiara Ziami, 23, not even her friend Alessia Bommarito, 22, who died at the Trauma center of the Villa Sofia hospital due to the traumas reported in the clash, did not make it. The investigations carried out by the municipal police would have clarified at least in part the dynamics of the violent impact that paralyzed the ring road for hours, writes colleague Riccardo Campolo di PalermoToday.

Alessia Bommarito and Chiara Ziami: the two girls who died in the accident in Palermo

In the accident, in addition to the Fiat Panda on which the two friends were traveling and which overturned, a Yamaha Majesty 400 was involved in which there was a 49-year-old man, RP, rescued by the 118 health workers and also brought him at the Trauma center in very serious conditions and an Opel Vivaro minivan hired to transport some nurses arriving in Palermo from the province. According to an initial reconstruction, the car of Chiara Ziami and Alessia Bommarito was traveling along Viale Regione Siciliana towards Trapani when, for reasons still to be ascertained, it would first end up on the traffic divider bed and then invade the opposite roadway, bumping into the minivan that in turn it overwhelmed the scooter. In a few seconds, the underpass near the former Motel Agip turned into a hell of blood and metal that required the intervention of dozens of policemen, firefighters and health workers from 118.

The accident prevention agents were busy until late at night to carry out the surveys and try to reconstruct what happened, even through the few witnesses, and clarify what triggered the Panda carom. Several videos were captured that may have taken the scene and seized the smartphones of the people involved in the accident to assess through the records if anyone was on a cell phone while driving.

You have to disable ad-block to play the video.

, after you have activated javascript

, after you have activated javascript

You need to enable javascript to play the video. 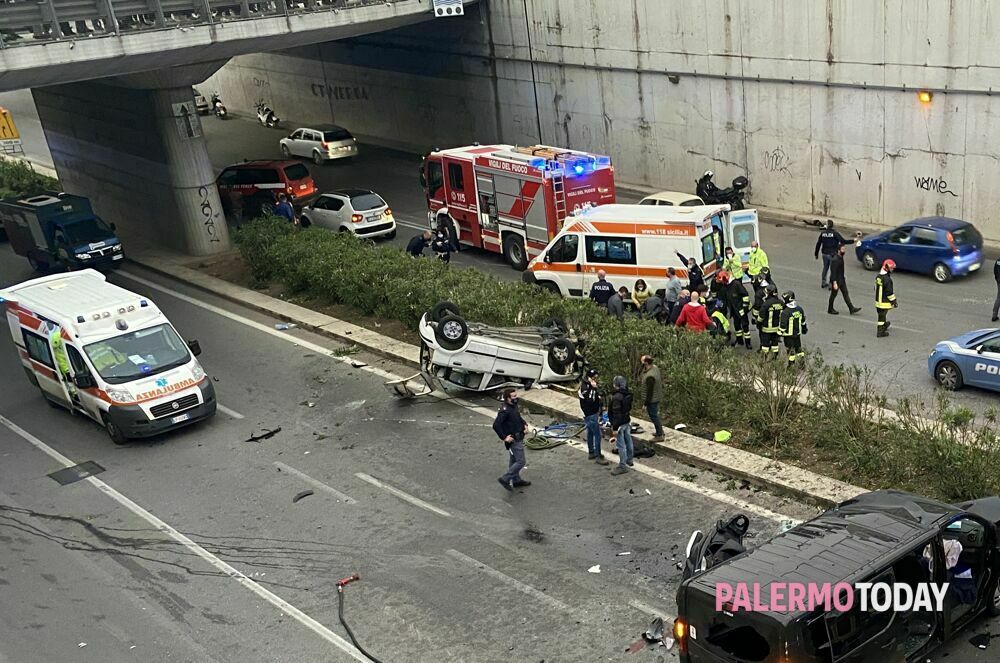 PREV Chinese rocket, 9 regions of central-southern Italy on alert. Civil protection: “Avoid being outdoors”
NEXT The Bagatti Valsecchi Museum reopens from May 6> The newly restored Library to admire

PS5 behind Switch, but Returnal is in the Top 3 of the Spanish ranking at the end of April – Nerd4.life

all the details «3B Meteo