“I went to the emergency room by chance, I had a severe headache. The doctors, unfortunately, found me a rare tumor of the thymus, positioned between the heart and the lungs. It was a shock, but I decided to react “, says Laura a The Province of Pavia.

“There are only three structures in Italy, all concentrated in Lombardy, capable of treating this tumor, which counts no more than 200 cases a year and is treated with an experimental protocol. One of those three is the hospital where I am I turned. Immediately I was subjected to a biopsy, not without problems because the intensive care was crowded; then to a course of chemotherapy. They were strong, but they worked because the mass was reduced, so much so that surgery was possible “. 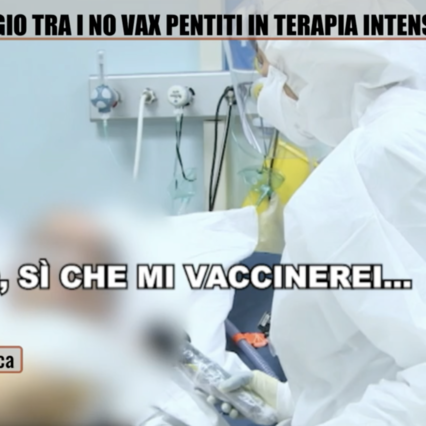 A week ago came the call from the hospital: “They told me that, unfortunately, there has been a cut in the number of beds in the ordinary wards due to Covid. In the words of the surgeon who told me about the operation, I caught the concern about me. He said that intensive care is occupied by the cases of Covid that arrive daily: all No vax. And that as soon as a place becomes available they will operate on me “.

The outburst on Facebook “Why is thinking of others so difficult?” Asks Laura, giving a voice to all those cancer patients like her who are unable to access treatment due to Covid. And then he turns directly to the No vax: “What could an experimental vaccine do worse than cancer? Tell me. Do you realize that cancer kills and its incidence increases? Don’t get a vaccine, but escape from cancer is not possible. Would you like to have the opportunity to heal due to the lack of attention of others? “.

PREV Peak of covid infections: good news for Tuscany and Umbria, not for Liguria
NEXT Covid, new negative record in Lombardy: 3429 new positives in Bergamo

Covid becomes endemic. Indeed, no: it remains a pandemic. Who is right among the experts?

Escape from the polls in Rome, so far 90% have stayed at home

The “second life” of the iPod Shuffle: from music player to hair clip. The Tiktoker idea goes around the web – VIDEO