After the US, Canada also accuses China of “genocide” in Xinjiang. Beijing rises, and the test is approaching for Europe.

The Canadian Parliament voted unanimously to declare China’s treatment of Uyghur minority citizens “a genocide”. The motion – passed 266 to 0 – was supported by all the majority and opposition parties and by a handful of legislators from the ruling Liberal party. Prime Minister Justin Trudeau and most of his cabinet members abstained. The motion passed makes Canada the second country after the United States to formally accuse China of genocide. Lawmakers also approved an amendment calling on the International Olympic Committee to transfer the 2022 Winter Olympics, held in Beijing, “if the Chinese government perpetuates this genocide.” Speaking before the vote, opposition leader Erin O’Toole said it was necessary to send a “clear and unambiguous signal that we will fight for human rights even if it means sacrificing some economic opportunity ”. The Canadian vote brought to the fore the promoters of a similar initiative also to the British Parliament and the British Foreign Minister Dominic Raab denounced “human rights violations on an industrial scale” in Xinjiang. The response from Beijing was not long in coming, calling those relating to the genocide of the Uyghurs “invented lies” and invited the UN High Commissioner for Human Rights Michelle Bachelet to visit the northwestern region. If the accusation of genocide has measured consequences on a legal level, the use of the term still carries a very powerful stigma, at a time when Beijing feels the international pressure growing on it.

The Uyghur question in Xinjiang is only the latest piece of an increasingly complicated relationship between Beijing and Ottawa. Relations between the two countries began to deteriorate with the US-mandated arrest of Meng Wanzhou, CFO of Huawei in December 2018, to which China responded by arresting two Canadian citizens in China, engaging in what Trudeau called “diplomacy of the hostages”. Canada officially becomes the second country after the United States to openly accuse Beijing of ‘genocide’. Both the former US Secretary of State Mike Pompeo than the current Anthony Blinkenin fact, they declared that China’s policies against Uyghur Muslims and other ethnic minorities in the western Xinjiang region constitute genocide. Until now, the Trudeau government, which governs without a parliamentary majority, had tried to strike a difficult balance between the independence of its foreign policy, the pressures of its US ally and the need to maintain cordial relations with Beijing. But with the vote in parliament – albeit not binding – the tensions between the two countries are bound to increase.

If it cannot be called a Pacific power, Canada is undoubtedly a major player in the region. Despite being a NATO ally with deep historical ties to Europe, like the United States, its future is increasingly linked to the Asian continent. Even before joining the Global and Progressive Trans-Pacific Partnership Agreement (TPP11) in 2018, Canada’s trade with Asian countries was greater than its overall trade with Europe, Latin America and Africa. Nearly 18% of Canadians say they have Asian origins – twice as many as the United States – and in cities like Toronto and Vancouver, Mandarin and Cantonese are more spoken than French. In addition, some 300,000 Canadians live in Hong Kong – the second largest community of Canadians overseas – giving the Ottawa government a special interest in the tensions the city has long been epicenter of and the future of the city. ‘one country, two systems’ model. But it is difficult to imagine a successful American strategy for dealing with China that does not include Canada in the “western front” of President Joe Biden. And the new administration has made it clear: it will continue to oppose Beijing. If Ottawa wants to break free, it could lead other allies – whose history, values ​​and interests are less in line with Washington’s – to decide to stay on the sidelines. 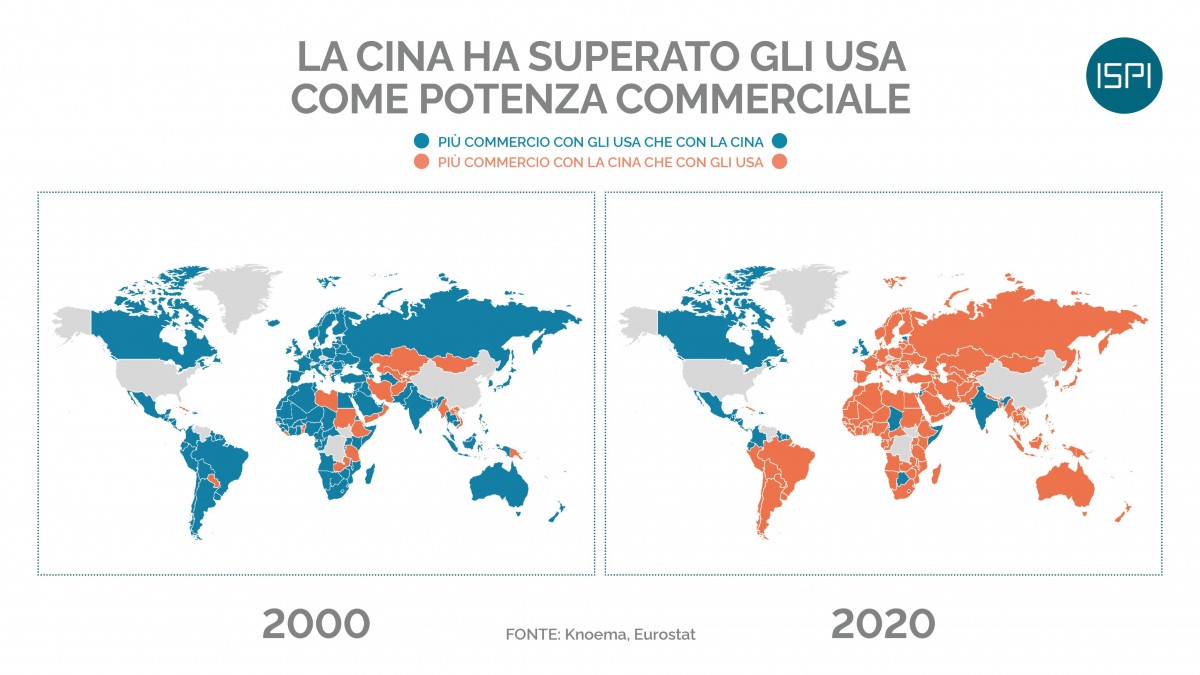 Europe observes, and in the meantime makes contact with the new American administration: yesterday, the first meeting between Antony Blinken and the ministers of the Union’s Foreign Affairs Council “It was positive”High Representative Josep Borrell said. In addition to the possibility of adopting new sanctions against Russia and against the generals behind the coup in Myanmar, Hong Kong and options were discussed in the event of further deterioration of the situation. The new US Secretary of State confirmed Washington’s openness to the nuclear deal with Iran and Borrell said he was “reasonably optimistic”. But the truth test bed in the repair of transatlantic relations, after the turbulent interlude of the Trump era, it will be China and the European willingness to question short-term economic interests. According to the latest data released by Eurostat, the volume of trade between the Old Continent and the Asian power has exceeded that with the United States. Furthermore, while sharing the concerns of allies about Beijing’s unfair commercial and technological practices, at the end of last year the EU finalized an investment agreement with China – considered a “strategic competitor” and a “systemic rival” – aimed at promote access to the Asian market. An agreement that Borrell justified by arguing that trade “is something other than repression in Xinjiang or Hong Kong.” A defense that does not hide the dilemma of Europe, instinctively multilateralist, but now aware that Beijing’s priorities and values ​​do not coincide with its own.

“Xinjiang, like Hong Kong, is increasingly at the center of discussions on Beijing’s role in the international system. The latest example of this trend was the question of Uyghur forced labor, ‘forgotten’ in the ‘Comprehensive Agreement on Investment’ between China and the EU. The impact of internal issues on Chinese foreign policy choices and on China’s very presence in the world will be increasingly pressing, especially if the system of international relations continues to operate according to a pattern of opposition between authoritarian regimes and democracies ”.

Dragons and snakes. The new security challenges of the West according to David Kilcullen

Lorenzo Mesini reviews The Dragons and the Snakes. How the Rest Learned to Fight the West, the book by David Kilcullen, a former...
Read more
USA News

Powell, the US economy will return to normal at the end of the year with vaccinations

Jerome Powel, governor of the Federal Reserve System, presents the semi-annual report on monetary policy to the US Congress and with it shows the...
Read more
USA News

Semiconductors: the US wants to see clearly on the blocks of the production chain

The crisis in the semiconductor market - which is causing major shortages with regard to the supply of chips globally - is officially among...
Read more
USA News

Uniss lands in the United States

Published on ?? Neurology ?? the editorial by two Sassari professors and their American colleague in which they hypothesize that some drugs, which...
Read more
USA News

Universities, 40% of Italian universities are among the top 1000 in the world: better than the USA, China, France and Germany

A more than satisfactory average result What, then, is the reputation of Italian universities? And what are the factors that determine it? The...
Read more
USA News

Johnson & Johnson’s single-dose vaccine approved in the US: “Strong protection”

Eventually the green light for the Johnson & Johnson vaccine arrived, at least in the United States. Experts from the Food and Drug...
Read more
USA News

“J&J vaccine 72% effective”, authorization in the US this week

By the weekend, the US will approve a new anti-Covid vaccine, that of Johnson & Johnson.The Food and Drug Administration (Fda) in an analysis...
Read more

Covid, chaos in a vaccination center in Turin: twice as many people have been called for “computer mishap”. Police forced to intervene –...

Modena, Giulia in art is Sans Soucis “So in London I realize the dream of music”

Masks from China, an arrest and four disqualification measures – Corriere.it

ABOUT US
Italy24 News English is your news, entertainment, music fashion website. We provide you with the latest breaking news and videos straight from the entertainment industry.
Contact us: [email protected]
FOLLOW US
© italy24news.com