Viterbo – Financial Police – They are accused of aggravated fraud

Viterbo – Abused the benefits of the layoffs linked to Covid, 5 entrepreneurs reported. 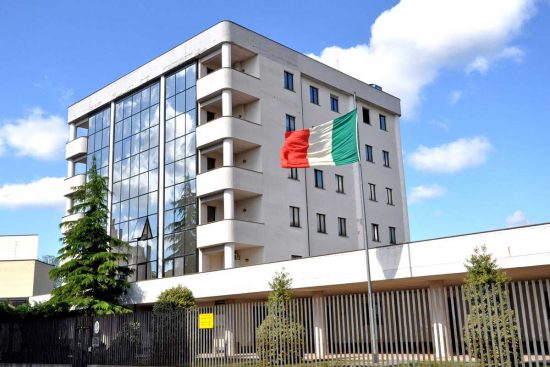 Viterbo – The barracks of the financial police

The Viterbo financial police, as part of a large device devoted to identifying undue perceptions of public benefits, also and above all if connected to the refreshment and economic support plans aimed at countering the effects of the Covid-19 pandemic, reported for aggravated fraud 5 entrepreneurs, administrators of companies in the Viterbo area, who in the year 2020, in full lockdown, hired 11 new workers in the same period in which they placed other employees on layoffs in derogation, which sometimes were still made work even though they were in layoffs.

“The targeted control, carried out by the Viterbo company, with relative in-depth analysis of the position of the workers involved and the information acquired and subsequently developed – reads the note of the yellow flames – made it possible to highlight the total misalignment between the government support measure proposed and the effective application made by the subsidiaries, which, in fact, have paid their attention exclusively to the reduction of management costs related to the labor component, placing the social and salary contributions due to INPS, therefore to all honest taxpayers, without justified reason. This was ascertained through targeted feedback on the truthfulness and authenticity of the documentation presented and signed. From the activity carried out, in fact, it emerged that the documentation was mendacious and omissive.

It is as if the employees were not considered to be part of the company’s resources, but a sort of burden to be placed on the community, using for this purpose all the methods, including illegal ones, found in the legal system in force.

In the wake of this assumption – continues the note – the birth, from one day to the next, of economic realities was recorded which, through fictitious assumptions, expedients aimed at the undue receipt of contributions without recording decreases in turnover, force their employees to work in unsuitable conditions and often in defiance of the most elementary civil and labor law rules.

This context includes the institutional activity of the Guardia di Finanza, aimed, among other things, at monitoring the companies benefiting from the Covid 19 redundancy fund for employees, an activity which, starting from a careful planning activity produced by the special component del Corps, through a painstaking work of crossing data and analyzing the turnover of reported economic subjects, to highlighting companies that have used government measures, fired in order to mitigate market distortions related to the lockdown period , for personal and for-profit purposes “.

The directors of the companies in question were responsible for the offense contemplated by art. 640 bis CP, for aggravated fraud for the achievement of public funds, as they made an unfair profit through the use or presentation of false declarations or documents or attesting things that are not true.

At the same time, the results of the check were communicated to the Inps provider and the related crime reports were drawn up to the competent judicial authority.

“The operation put in place by the yellow flames of Tuscia – continues the note from finance – is part of the renewed strategic lines of the Corps’ action, aimed at the continuous strengthening of the action to prevent and combat illegal phenomena in this emergency phase , to verify the correct distribution of public resources in support of companies that cannot resort to ordinary instruments because they are excluded from this protection at the origin or because they have already exhausted the period of use of ordinary guarantees “.

PREV DELTA VARIANT, why is it very DANGEROUS? THE SYMPTOMS, and all the INFORMATION to recognize it »ILMETEO.it
NEXT The European vaccination pass has also been approved in Italy. Here’s how to get it

Milan, the quarrel on the balcony and then the push: the killer in via Vismara stopped

Italy well but now unreliable matches, the European Championship starts in the second round

Mille Miglia, the triumphal entry into via Veneto in Rome

Mario, who died at 14 from the consequences of Covid: “The youngest victim in Italy”