Vaccinate, vaccinate, vaccinate. And the conclusion of the study on the three most common variants in Europe at the moment: English, South African and Brazilian which increase, thanks to their transmissibility, the admissions of the youngest part of the population. The first data are published on Eurosurveillance, the online scientific journal of European Center for Disease Prevention and Control (Ecdc). The research analyzed the diffusion of the English (B.1.1.7), South African (B.1.351) and Brazilian (P.1) variants in seven European countries, including Italy, in all age groups, from 0 -19 years to over 80. The fact that the variants increase hospitalizations, especially among young people, is one more reason, we read in the article, for “rapidly achieve high levels of vaccination coverage“.

Covid and the vaccine for teenagers, Silvestri: “So we will go towards the end of the severe disease that forces a lockdown and curfew”

The need for a systematic analysis of the weight that variants have on hospitalizations among young people had emerged following the observation of higher rates of infection in school-aged youth made in Britain, to the increase in hospitalizations in people under 60 seen in Germany and to the more numerous hospitalizations for the South African variant reported in Denmark. The research was conducted on more than 23,300 cases caused by variants, selected from the 3.2 million total registered in seven countries (Cyprus, Estonia, Finland, Ireland, Italy, Luxembourg and Portugal) in the period between mid-September 2020 and mid-March 2021. Of the cases caused by the variants (23,343), nearly 20,000 (19,995) were due to the variants of concern, the Vocs (Variant og Concern).

Covid, Biontech and Pfizer ask the EMA for authorization for their vaccine for the 12-15 age group 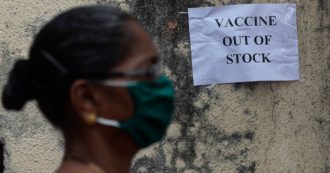 Covid, the Indian variant in 17 countries. Sahin (Biontech): “It has mutations that we have already tested, confident that Pfizer vaccine will work” 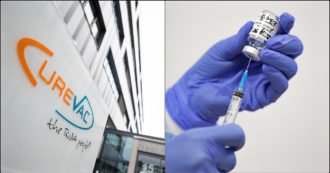 Vaccines, acceleration for the German CureVac. The study: with one dose Pfizer or AstraZeneca the risk of contagion reduced by almost two thirds

PREV Covid, free quick tests at Cagliari station
NEXT Covid, 5 victims in the Marche A 79-year-old died in Camerino

the play-off for the Champions League at the Rossoneri-show, Pirlo crashes- Corriere.it