Von der Leyen: “Vaccines are adapted to the new variants”

“It is important that Europe moves quickly and compactly. I have proposed to the Member States to activate the emergency brake to limit the spread of the new variant with the suspension of all flights from southern Africa”. This was announced by the President of the Commission, Ursula von der Leyen, on the new variant, the B.1.1.529:

“Those returning from this region should follow strict quarantine rules. European Union contracts with manufacturers say vaccines must be adapted immediately to new variants as they emerge.”

Ecdc: high or very high risk from Omicron for the EU

The risk level associated with the Omicron variant for the EU is “high or very high”. This is what the European Center for Disease Prevention and Control (Ecdc) writes in a report released Friday evening on the new Covid strain. The variant, explains Ecdc, is
the “least similar” of those examined during the pandemic. 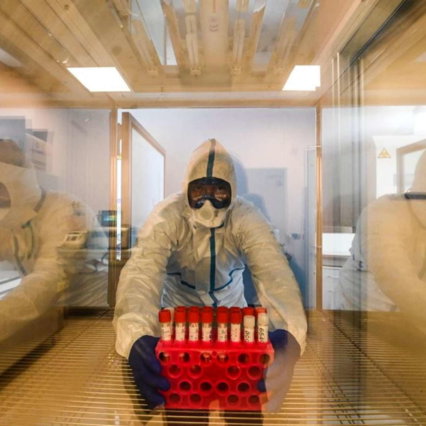 Spallanzani: “A task force set up for a new variant”

“The Spallanzani institute has set up a task force to analyze the data relating to the international level and to prepare the sequencing of the strains for virological surveillance purposes”. So Spallanzani on the new isolated variant in South Africa.

Israel: “The new variant worries us, we are alarmed”

“We are at an alarm point, the South African variant is worrying”. Prime Minister Naftali Bennett said this at a press conference at the end of the government meeting on the measures taken on the case. “We have a confirmed case, 3 suspects and maybe there are others”, he added after recalling that in South Africa “in a week the new variant has supplanted the Delta one”. “For this – he insisted – we do not take risks. And if we see that the variant is not so terrible we will go back to routine”.

Pfizer: “Able to produce bespoke vaccine variants in three months” “In the event that a variant of the SasrCoV2 virus emerges that escapes the vaccine, Pfizer and BioNTech expect to be able to develop and manufacture a bespoke vaccine against that variant in approximately 100 days, subject to regulatory approval.” This is what the pharmaceutical company itself says.

PREV “For now it is of little use” – Time
NEXT Covid, the vaccine campaign in the ASL Roma 6 kicks off: tomorrow the top five

will have the French ‘vaccination pass’

Moroder talks about his Cizeta: “Cars for real tough” – Classics