Starting with the Europeans who, among fans gathered in the stadiums and celebrations, risk becoming a fuse. In Rome, as in Munich. But also in St. Petersburg, home to one of the quarter-finals, which for days has continued to record alarming numbers while all of Russia grinds new death records. Same fears for Wembley, in a Great Britain that has been marking, for days, new highs of cases (reached 28 thousand in 24 hours), despite the vaccination campaign is limiting the use of hospitalizations and containing the victims. 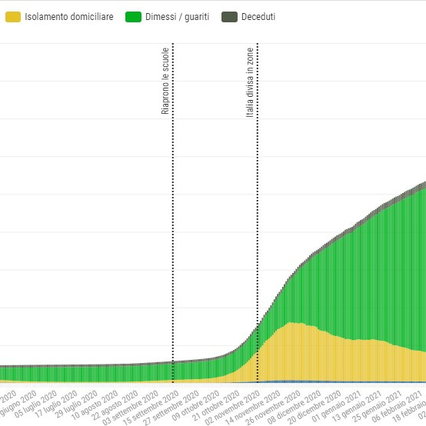 According to estimates by the European Center for Disease Prevention and Control, by the end of August the Delta variant will represent 90% of new cases of Covid-19 in the EU despite Ema reassuring that the double dose of the four approved vaccines protects against this variant. The vaccine mix (the heterologous) gives a good immune response and no safety concerns. However, WHO’s concern remains: not all of the European population will be fully immunized by that date, given that 63% are still waiting for the first dose.

Closures and curfews are returning to the world

And while in the rest of the world there is a race for re-closures to stem the very contagious mutation that started from India, even Israel – a symbolic country in the response to the emergency – is dealing with an increase in infections and is thinking of closing the Ben Gurion, its international airport. And with the surge in infections, Portugal has decided to re-establish the night curfew from next Friday in 45 municipalities, including the capital Lisbon. Russia has been forced to count 672 deaths in the last 24 hours and never so many since the beginning of the pandemic. Faced with a flare-up of infections (23,543), the Kremlin spoke of “the need for severe measures”

Third unprecedented wave in Africa The situation continues to worsen dramatically even in fragile Africa, where WHO photographs an “unprecedented third wave scale”, with 25% increase in cases every week. And a disheartening picture of the vaccination campaign: only 1.2% of the population received both doses.

PREV 600 new positives. 240 in Verona and 109 in Treviso The bulletin
NEXT Covid, WHO: “After the decline in recent weeks, in Europe Covid cases up 10% due to travel and easing restrictions”

here’s how to block the tax

The Social State in concert with Recovery Tour