An Emirates Boeing 777-300ER returned in emergency to Milan Malpensa immediately after take-off due to a hailstorm in the area that broke several windows and damaged the fuselage in several places. Passengers and crew are unharmed. The landing occurred after a previous failed attempt. Flight EK205 – bound for New York – took off from the Lombard airport at 16:22, according to the indications provided by Flightradar24. At that moment – show the weather data – bad weather was breaking down in the province of Varese with strong winds and a violent hailstorm.


The broken glass of the windshield (photo Vola Milano Malpensa)

Not even five minutes later the control tower was asked to return due to the damage. The hailstones hit the plane so violently that it damaged not only the nose of the Boeing but also the windshield glass, making re-entry urgent. Even the fuselage and wings have dents, according to the shots provided to Courier service by the Vola Milano Malpensa group and made by those who were on the runway after landing. 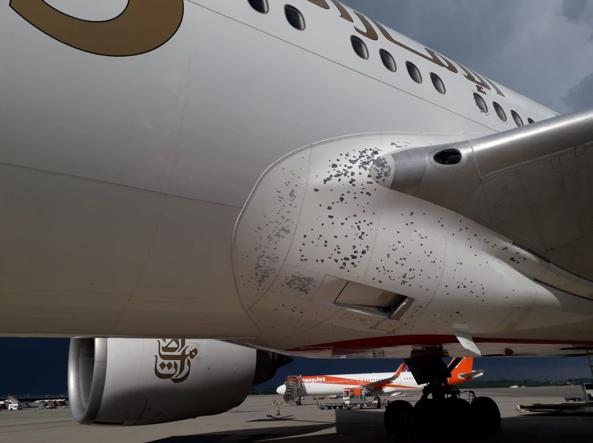 Before landing, however, the plane remained in the vicinity of the Lombard airport for about another hour and a half. This explains those who have had the opportunity to follow the story, not only to allow bad weather to give a minimum respite on the area, but also to allow the aircraft to burn as much kerosene as possible (several tons) because it is above the maximum allowed weight. for landing: the rest of the tanks were full to make the flight of about eight hours to the JFK in New York. 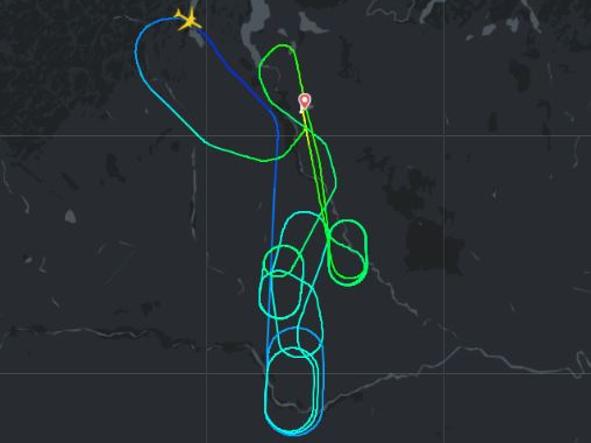 The Emirates flight route over Malpensa (from Flightradar24)

At 5:32 pm – again according to Flightradar24 tracks – Emirates’ Boeing 777-300ER tried to touch the runway, but once at about 610 meters above sea level it had to rise again and after a series of maneuvers south of the airport, landed at 6 pm There is currently no damage to people on board. But the costs for repairing the damage are likely to be in the order of several hundred thousand euros.

PREV Fiat 500 Red electric, the launch at Lingotto with Bono Vox. The solidarity change of Stellantis- Corriere.it
NEXT Spa bonus, click day hypothesis: when and how to request the voucher

potential of the squad and budget available

Maintenance work on two bridges, interruptions also on the Milan-Treviglio