On June 22, 1941, eighty years ago, Nazi Germany attacked the Soviet Union. At 3:15 in the morning, artillery fire from the Wehrmacht, the Nazi army, started simultaneously at various points on the eastern border. There had been no declaration of war by the Germans, who simply violated the non-aggression pact that had been established by the two countries in 1939, shortly before the Nazi invasion of Poland that started World War II. Since then, the dictator Adolf Hitler had patiently prepared the offensive against the Soviets – which had the code name “Operation Barbarossa” – aware that to pursue his goal of hegemonizing the continent sooner or later he would have to deal with them.

After all, the so-called habitat, the “living space” of the Nazi expansion theorized by Hitler, extended eastwards.

At the time the operation began, Hitler was still confident due to the many military victories he had achieved. In 1941, Germany and its allies controlled virtually all of Europe, with the exception of the United Kingdom and the Soviet Union. Nazi strategists thought that confronting the British army was still an unachievable undertaking, while attacking the Soviets seemed much more affordable, mainly for one reason: the Soviet army was underestimated, it was thought to be unprepared and poorly equipped and primitive.

These were actually inaccurate assessments, but it is true that the Soviet leader Stalin refused until the last moment to consider a possible Nazi offensive, despite the intelligence of the Communist Party had foreseen it and had tried to warn the leadership.

Operation Barbarossa was supposed to start in May, according to Hitler’s plans, but was probably postponed due to the mess made by the Italian army in Greece. In June 1940, the fascist dictator Benito Mussolini, now convinced of Hitler’s invincibility, had decided to declare war on France (already practically defeated) and on the United Kingdom. During 1940 Italy had then opened new fronts in Africa and Greece, achieving very little and inducing the Wehrmacht to intervene in support of the Italian offensives, which especially in Greece were a disaster.

Postponing the attack on the Soviets was probably fatal for Germany, despite the enormous amount of forces deployed: 4 million men, 150 divisions, 3,000 tanks, 3,000 aircraft plus some support units provided by the allies (including 60,000 Italians, to which another 230,000 were added in 1942). The main lines of the attack were three, towards Leningrad (today St. Petersburg), towards Moscow and towards Kiev, to the south, through Ukraine. But even though the German advance was rapid at first, the conquest of the main cities proved more difficult than expected. The local population, driven by the party’s patriotic propaganda, actively collaborated with the Soviet army, the Red Army, and groups of partisans were formed who – supplied by the Soviets – carried out constant sabotage actions against the Wehrmacht.

The Nazi general Franz Halder, chief of staff of the ground forces, already wrote in his diary in August 1941:

We underestimated the Russian giant. The Soviet divisions are not as armed and equipped as ours, and they are misused. But they are there, and if we destroy a dozen, the Russians will simply field another dozen. They are close to their resources, while we are moving further and further away from ours.

The sieges of Moscow and Leningrad then went on for long, and it came at the end of the summer. In essence, Hitler found himself in the same situation as Napoleon Bonaparte had found himself 129 years earlier, when he too tried to get the better of the Russians. Also in that case the winter had complicated the situation for the Napoleonic army, as in 1941: the front had expanded too much and the distances that the supplies had to travel were enormous, impracticable during the harsh Russian winter. By early December it was clear that the Nazi army would never break through the defense of Moscow, nor could it sustain the Soviet counteroffensive for long.

The retreat then began, and the Nazi army was ordered to change targets by heading south to conquer Stalingrad (now Volgograd) and thus intercept supplies for the Soviets, which were sorted in that city.

However, this initiative also clashed with the Soviet resistance, which led to the Nazi surrender after a year of fighting, with the Wehrmacht troops decimated and Field Marshal Friedrich Paulus captured. It was the first time in history that such a high-ranking Nazi soldier ended up prisoner, so much so that Hitler, who had explicitly forbidden the army to surrender, demanded that Paulus commit suicide. Instead Paulus survived and died in Dresden in 1957, after working for a time at the East German Military History Research Institute.

The battle of Stalingrad was one of the bloodiest in history and became a symbol of Soviet resistance. In 1967 a huge monumental complex was inaugurated in the city in memory of the battle, where Marshal Vasily Chuikov, head of the division that fought in Stalingrad, is buried today. The monumental complex is surmounted by an allegorical statue of the homeland – called The Motherland calls! and 85 meters high – known to be the largest statue in the world to portray a woman. 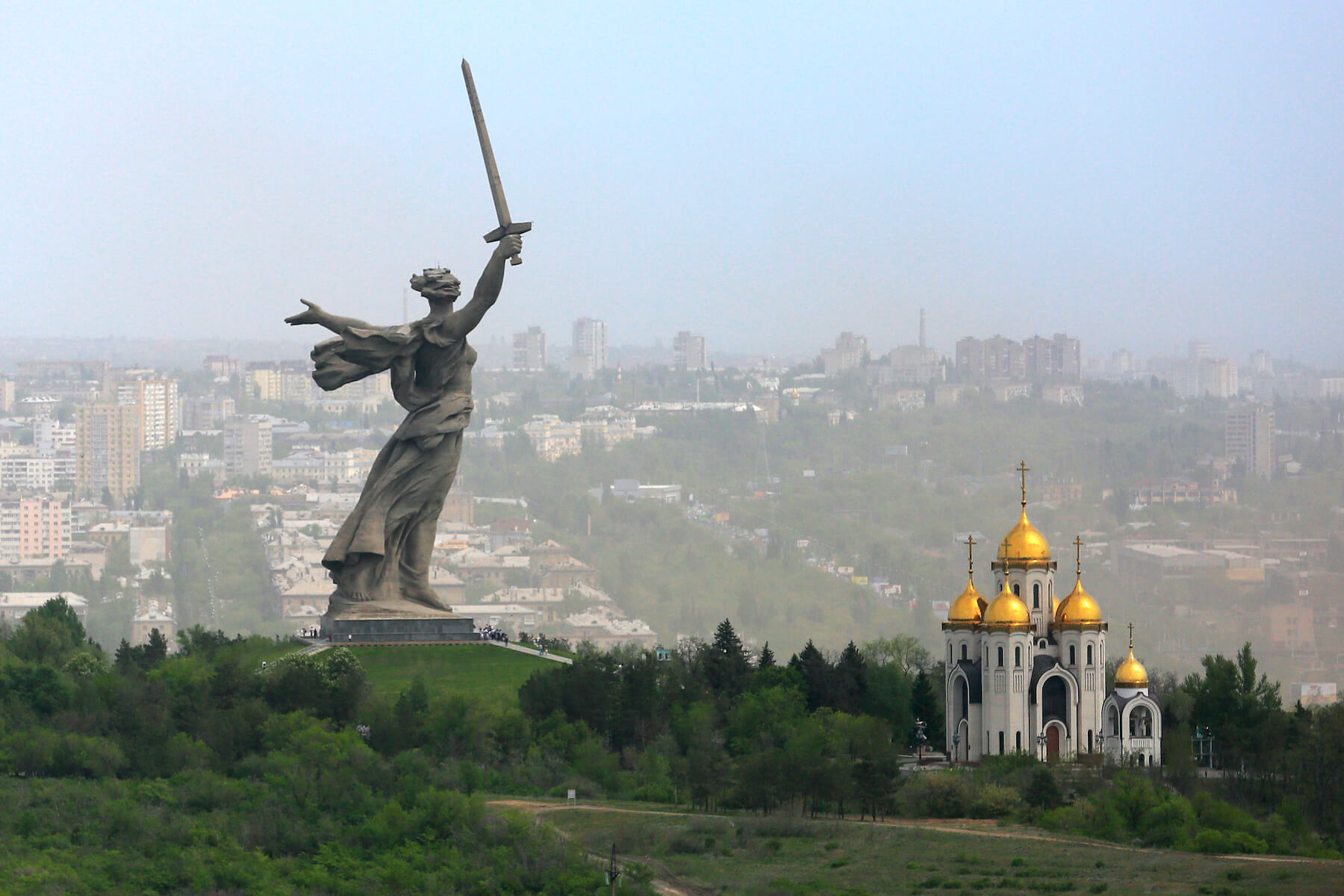 Death of Giuseppe De Donno, the public prosecutor of Mantua opens an investigation

On Charge & Share, the innovative e-mobility service starts from Rome

Vaccines required by doctors, the Tar does not pronounce. The ASL: "Go ahead with injections or penalties" – The Republic