You can walk alongside a flower trail, a hedge over three kilometers long crossed by hundreds of bees moving from one hive to another. Or dive into the Breda bunkers and still go hunting for endemic species. Parco Nord Milano would be the equivalent of Central Park in New York. The comparison is a bit obvious, if not provincial. Both were built from scratch but in the Lombard capital, more than the crown of skyscrapers, nature is the real protagonist.

Parco Nord, when the borders of Milan have become a green oasis

Then, it must be said, in this park on the northern outskirts of Milan it can also happen to see two-wheel champions like Francesco Moser e Giuseppe Saronni pedaling in a velodrome obtained from a wastewater lamination tank in the municipalities of Cinisello Balsamo and Bresso. In short, it’s worth it.

Monza, Napoleon’s palace where botany bows to the aristocracy

From Garibaldi station six stops on the lilac metro line are enough to immerse yourself in the eight hundred hectares of the park. Here, the projects for the conservation of flora and the planting of new plant species are declined with opportunities for social cohesion such as the recent Food Forest project and common gardens open to all citizens. From the back shop of the built city, as they called this area when it was still occupied by spontaneous vegetable gardens and deposits of materials, the park has now become an oasis of biodiversity in a territory that has embarked on a path of uninterrupted development since the years Seventy.

Resistant but in danger: so 30% of cacti are in danger of disappearing

“Over 10 percent of the protected area is made up of woods with trees that have now reached a good size and a high rate of natural renewal. – he explains Riccardo Gini, agronomist and director of the Park – It is however a delicate habitat that requires the participation of all citizens to maintain its balance. Like when we organize bioblitzes with the Region to monitor the plants and animals present “. 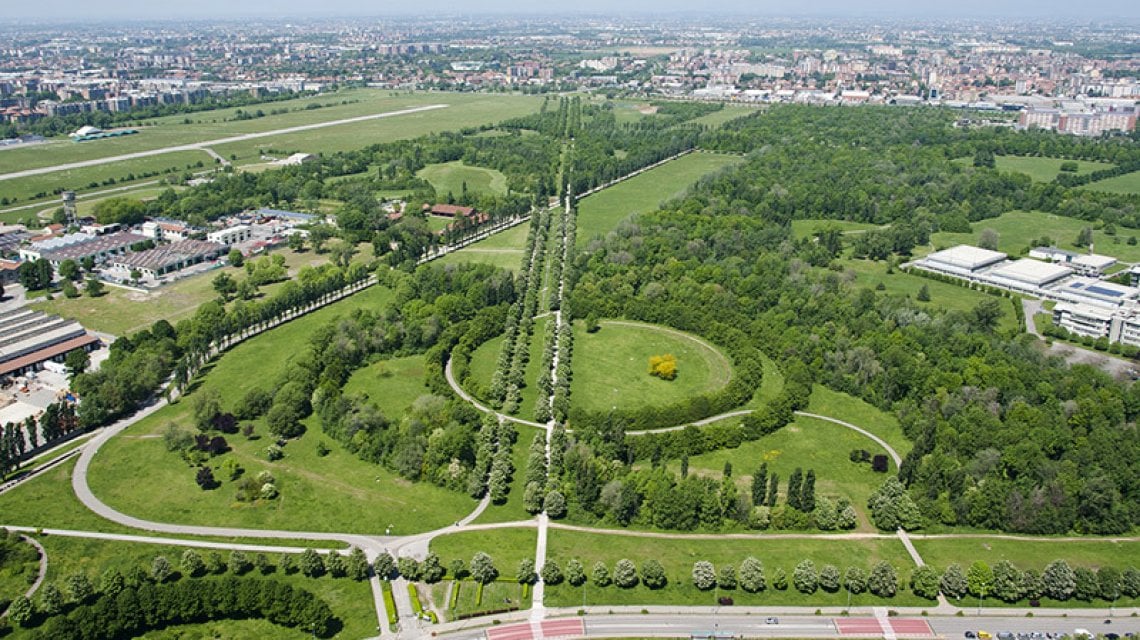 Aerial view of the North Park of Milan.

The rarity to look for, in this case, is a variety of the Scylla silvestre (Scilla bifolia) which in Parco Nord Milano has white instead of yellow flowers and is one of the park’s endemisms, as well as the green toad, an amphibian at the center of a protection project that involved the construction of artificial pools and ponds to favor the reproduction of fragile populations of this animal that has an unmistakable song, similar to an intermittent and acute trill. 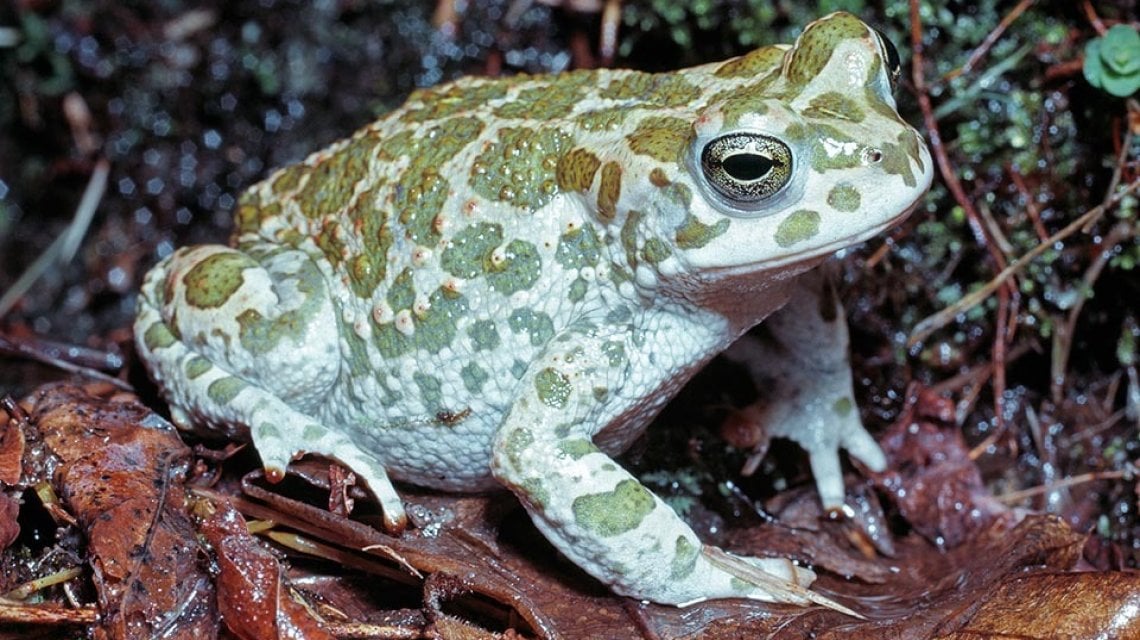 Other conservation projects concern nemoral plants, those that live in the undergrowth: of the 32 species surveyed, two more have been introduced, the dog’s tooth (Erythronium dens-canis) and firefly grass (Luzula pilosa) whose flowers seem to light up when covered with dew.

Trieste, the rose garden of the park where Basaglia revolutionized mental hospitals

Among the less common spontaneous species, at least in the urban forests of this genus, there are also the cornflower, a true star of the meadows that has almost disappeared today, and the Carnation of the Carthusians (Dianthus carthusianorum) with pinkish flowers. The park is also a stopping place along the migrations of birds such as the stiff neck (Jynx torquilla), a protected animal in Italy because it is in rapid decline. But there are also several pairs of sparrow hawk and, for some years, also of scops owl, a small nocturnal bird of prey.

Capodimonte, the historical park is an urban forest

In the bunkers of Breda and the edible forest

The Park also hosts some monuments of the Second World War such as the Breda bunkers, a series of anti-splinter walkways present throughout the eastern part of the green area and which have been recovered in collaboration with the Metropolitan Urban Ecomuseum of Milan North. These are the anti-aircraft shelters of the airplane factory bombed by the Allies almost at the end of the conflict and where anxiety and fear still seem immanent. 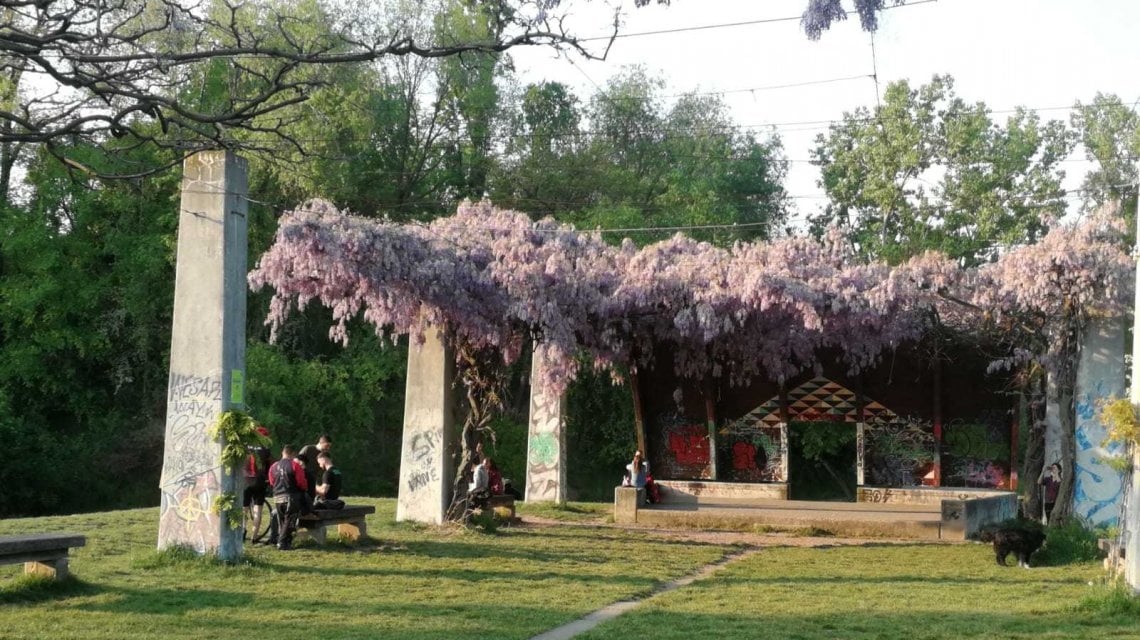 A journey into the dark that could soon be compensated for by a snack based on fruit picked on the spot. In January of this year, a Food Forest project started, an edible forest with native fruit species, which grow in balance and which occur spontaneously in nature. The initiative, developed in collaboration with the spin-off of the University of Padua Etifor, involved the planting of two thousand new trees and shrubs in the Bruzzano area, including cherry, apple and wild pear trees. hazelnuts, blackthorns, dogwoods, elderberries and hawthorns.

In Bologna, a snack in the ancient orchard

“An important part of the activities concerns the Niguarda Common Garden, an area of ​​five thousand square meters, once very degraded, redeveloped by the Park through a project that directly involves citizens in the construction of a large community garden – concludes Gini – Today there are over one hundred people participating, including residents of the northern area, migrants and families from other districts of the city. The Park has issued a regulation that obliges farmers to dedicate at least 20 percent of the plantations to ornamental species “.

Here is the highest botanical garden in Europe

PREV WEEKEND full of NEWS, THREATS series for MANY REGIONS. We tell you what will happen on SATURDAY 7 and SUNDAY 8 »ILMETEO.it
NEXT Tokyo 2020, swimming: the men’s mixed 4×100 relay is bronze | News

Tmw – Nandez landed in Cagliari: "Inter? I need to speak to my agent. I will not go to the retreat" – All Juve