THE SUN ECLIPSE gave SPECTACLE, SEEN also by many REGIONS of ITALY. All PHOTOS and VIDEOS

Weather and astronomy. Solar eclipse of June 10, 2021 in Italy

In the late morning of Thursday 10 June the central-northern regions Italian were able to observe (weather permitting) a small solar eclipse: in fact our star has been darkened of 10-12%. Not much, it is true, but it was still a rather fascinating phenomenon.
The totality of the phenomenon could be observed on the northern areas of Canada, Greenland, Russia and the North Pole.


But what is an eclipse? It is an optical phenomenon, observed from the Earth, of darkening of all or part of the solar disk by the Moon, which occurs during the new moon.
It’s a quite rare event as the Sun, Moon and Earth must be perfectly aligned in this order; that is, it is only possible when the Moon, whose orbit is inclined by five degrees with respect to the ecliptic, intersects the latter at a point called a node.
When the node is between the Earth and the Sun, the shadow of the Moon passes in some points of the earth’s surface and we witness a solar eclipse. If, on the other hand, the node is on the opposite side, there is a lunar eclipse. 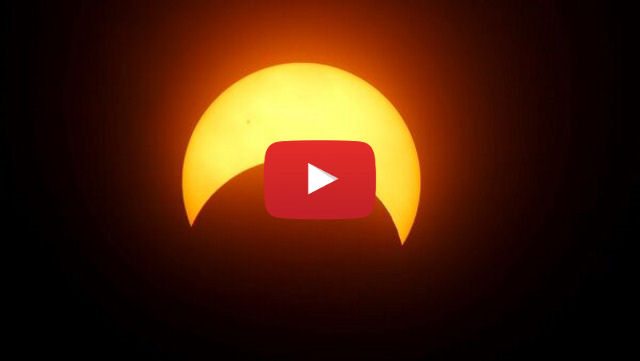 PREV So Milan celebrated Marcell Jacobs’ victory in the 100m
NEXT Tokyo 2020, swimming: the men’s mixed 4×100 relay is bronze | News

Google cuts the price of the bundle with Chromecast and controllers

In the center of Milan, work has begun to replace the tram tracks

short respite from bad weather, but thunderstorms return on Tuesday and Wednesday