The main news of the day
• The Scientific Technical Committee has recommended that from now on the AstraZeneca vaccine be reserved for people aged 60 or over for the first dose, and that the others be used for the lower age groups instead. vaccines. That of the CTS is an opinion that will be received by the Ministry of Health which will have to make it official in the next few hours through a circular.

• From Monday 14 June, Emilia-Romagna, Lombardy, Lazio, Piedmont, Puglia and the Autonomous Province of Trento will pass through the white zone, where for three consecutive weeks a weekly incidence of coronavirus infections of less than 50 cases per 100 thousand inhabitants was recorded. Only Basilicata, Calabria, Campania, Marche, Sicily, Tuscany, Valle d’Aosta and the autonomous province of Bolzano will remain in the yellow zone.

• As we told in the usual Friday article on the progress of the epidemic in Italy, in the last week fewer than fifteen thousand new cases of coronavirus have been found and with the latest vaccinations more than 50 percent of the vaccinable population – all people with more aged 12 – received at least the first dose. To these data are added other encouraging ones: the pressure on the intensive care units is lower and lower in all regions and the number of deaths has also dropped, even if this figure does not differ much from the previous seven days. 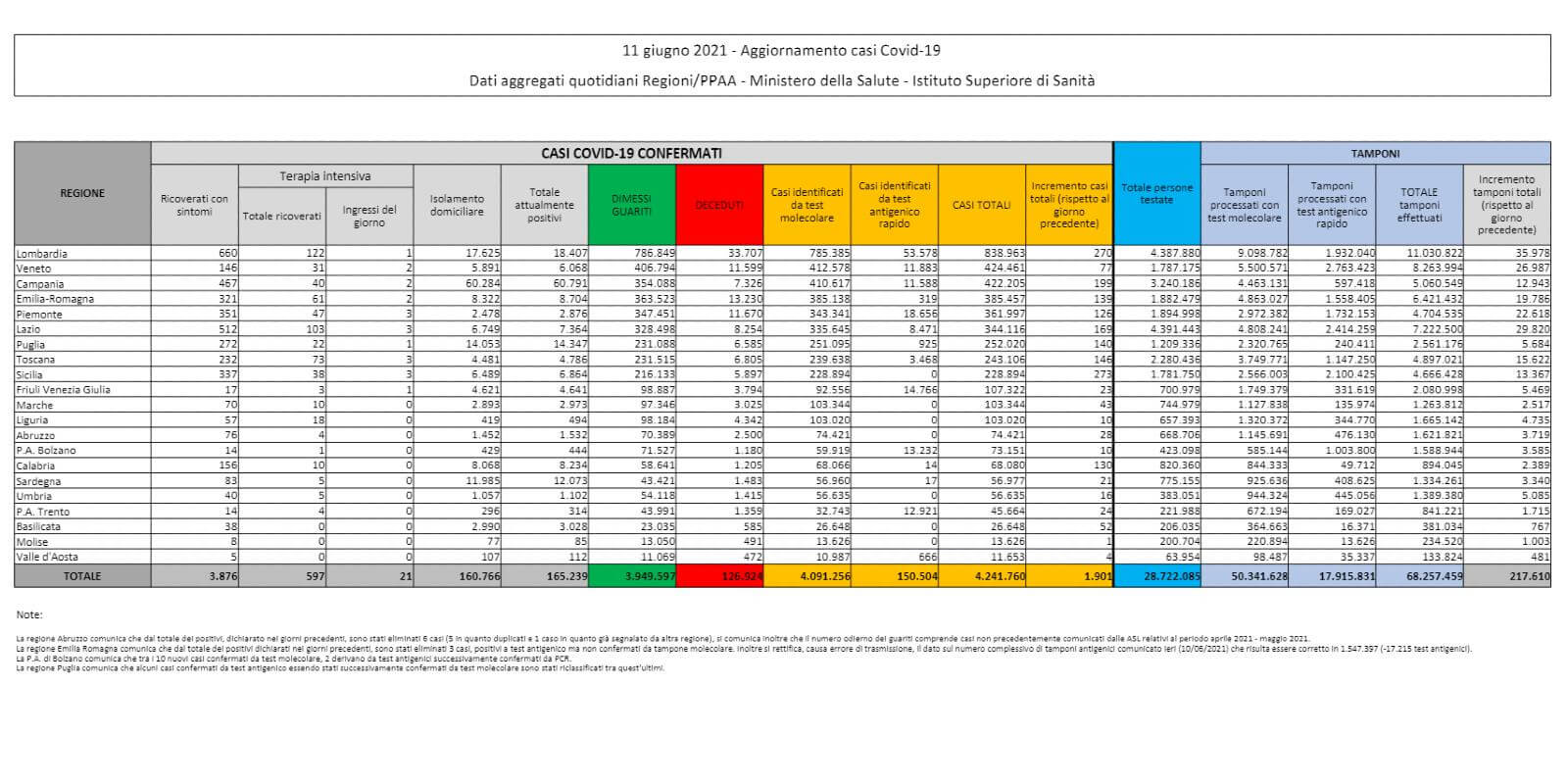 – Read also: The situation of vaccines in Italy, in real time

PREV Curfew, last day at 11pm: what changes from Monday 7 June – Chronicle
NEXT so the masks have increased the disputes in Volo- Corriere.it

De Laurentiis: “My son is doing a series on Napoli. It will be like ‘The Last Dance'”

The shots, then the terrible scene seen by the mother: “He killed my children, I saw them die and I held them by the hand”