Those who have traveled along it agree that it is the most beautiful and panoramic railway route in Italy. A bit like being in Siberia, if you go there in winter. And the Trans-Siberian of Italy, or Ferrovia dei Parchi, that route that, from Sulmona to Roccaraso, in the province of L’Aquila, crosses the most authentic Abruzzo.

The Trans-Siberian of Italy, after a forced stop due to Covid, restarts. Saturday 19th and Sunday 20th June. The historic train leaves at 9 or 10.45 (there are two departures) and arrives at 12.45 or 15, while the return is scheduled at 17.30 or 18.30 arriving in Sulmona at 19 or 20. Between Sulmona and Roccaraso the stops are three: Campo di Giove, Palena and Rivisondoli-Pescocostanzo and you can stop wherever you want.

The Trans-Siberian of Italy is one of the most popular railway routes for Italian and foreign tourists. The line, among the ten of the project “Timeless tracks” of the FS Foundation, crosses the woods of the Majella National Park and the highlands ofAbruzzo and extends for a long stretch over a thousand meters above sea level, touching slopes of up to 28% (from 328 meters in Sulmona to 1,268 meters in Rivisondoli-Pescocostanzo station). A winding and difficult railway, which crosses mountains and narrow gorges.

The Trans-Siberian of Italy in the Majella National Park

The view, in fact, is crazy. The spectacular route alone is worth a journey, through large and small inhabited centers, where history has left numerous and valuable traces along with craft traditions still practiced today. It is a bit like watching a live documentary, with images flowing from the train windows.

Culture, but also relaxation and meditation for those who visit theCelestinian Hermitage of Our Lady of the Altar near Palena, an ancient monastery built on the meditation cave of Celestino V and which stands austere at 1300 meters above sea level. The building has the appearance of a stronghold.

The tortuous route of the Trans-Siberian of Italy

It stands on a cliff that made it impenetrable on three sides. Palena is also famous for another reason: the territory of this small village in the province of Chieti is frequented byMarsican brown bear.

On the program, for those who manage to grab train tickets, there are also some guided tours of the artistic sites and craft markets, as well as excursions and bicycle routes and a visit to the village of Field of Jupiter.

The lonely stations on the Trans-Siberian of Italy

If you continue to the Rivisondoli-Pescocostanzo stop, you can visit Pescocostanzo, the pearl of Alto Sangro. and participate in guided tours of the most interesting artistic sites. Finally, it is possible to continue up to Roccaraso and reach the chairlifts, open during the summer, which lead to high altitudes (where you usually ski) or make excursions by bike along the cycle paths in the area.

In addition to the places crossed, the beauty is the train itself: a historical convoy with “Centoporte” and “Corbellini” carriages built between 1930-40, pulled by the diesel locomotive. You can relive the whole atmosphere of (almost) a century ago, when travelers took their seats on those same wooden benches. It will be like taking a trip back in time. 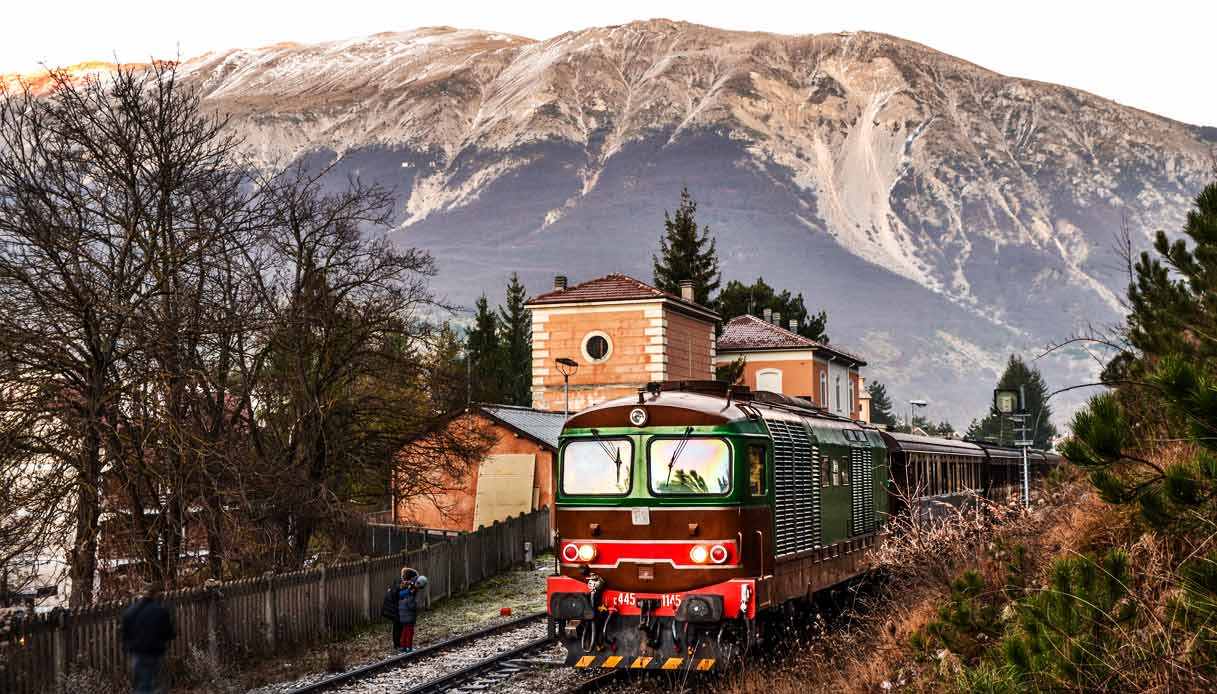 The Abruzzo landscape crossed by the Trans-Siberian of Italy

PREV RELIVE LIVE – Italy – Czech Republic 4-0: Immobile goals and assists, what a tune with Insigne!
NEXT so the masks have increased the disputes in Volo- Corriere.it

The Indian variant is scary. Urgent Summit with Hope in Locatelli – Time

Italy Austria, Euro 2020 round of 16, Chiellini trains in a group with the national team

Building collapse in Miami: all the videos of the rubble and rescue – Foreign