It will be one of the five Italian regions preferred by vacationers to spend the summer. Sardinia could register 1.5 million arrivals (+ 12.8%) and 8.2 million presences (+ 20%) according to a survey conducted by Demoskopika, in collaboration with the University of Sannio. A real breath of fresh air not only for entrepreneurs in the sector, on their knees due to the pandemic, but for the whole island as tourism comes from 15.7 percent of its gross domestic product, according to the study center. Srm of the Intesa Sanpaolo group.


The perched village of Posada, in the Nuorese area, with the maze of the streets of the center (Addis)

The reasons for the choice

One of the reasons why the island at the top of holidaymakers’ desires is to be found in the trend, which emerged last year, which sees a preference for places that allow you to marry fascinating paths to rediscover the natural, artistic heritage and gastronomic specialties. A relaxation to be experienced, preferably, in uncrowded areas and Sardinia, in addition to the worldly and very famous Costa Smeralda, contains real treasures, sometimes little known: from the ancient heart of Tempio Pausania, in Gallura, to the Su Nuraxi nuragic complex of Barumini in the Medio Campidano – proclaimed Unesco World Heritage since 1997 -, up to the village of Castelsardo, in the Sassarese area. For those who love contact with nature, here is the breathtaking view of the cliffs of the Escala del Cabirol, in the Algherese area, which leads to the Grotte di Nettuno, or the unmissable cliff of Masua, in Sulcis Iglesiente, with the Blue Grotto. Without forgetting the wild and unspoiled beauties of Nuorese and Ogliastra with the suggestive turtle-shaped white granite stack of the Scoglio di Peppino on the south-eastern coast of Sarrabus, in the province of Southern Sardinia. The particular wildness of this island, which is found in few other places in Italy, releases the strength of a primeval nature that causes Sardinia sore in anyone who has experienced it – explains Emanuela Rosa Clot, director of Bell’Italia – . Here we have lived very well since the most remote epochs of humanity, in a dialogue between man and nature that is always in harmony as evidenced by the prehistoric, pre-Nuragic and Nuragic remains, the ruins of the Phoenician and Roman ports, the villages and castles, the Romanesque churches that express a profound spirituality, as well as the beautiful retabli (large altarpieces ed) from the Spanish era. 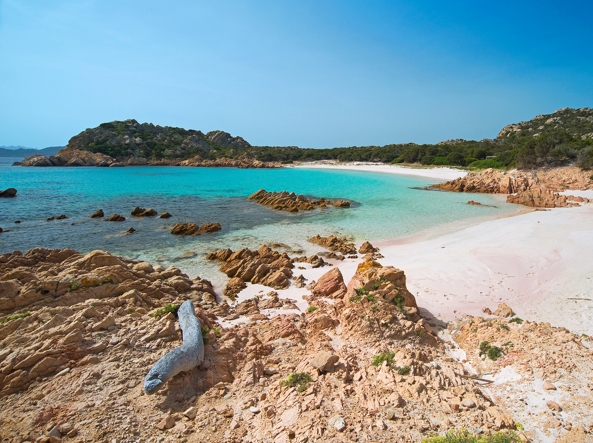 The famous Pink beach of the island of Budelli, symbol of the entire park of La Maddalena (Spanu)

Places, all of them, told by Bell’Italia in a monograph of 260 pages entitled: Summer in Sardinia. It will be on newsstands, free of charge, the day after tomorrow together with Corriere della Sera (also in digital edition in the newspaper app) and, then, will be sold separately, until mid-July, on newsstands. We wanted to illustrate this monograph with splendid images and it constitutes a magical journey between crystalline sea, Mediterranean scrub, wild nature and evidence of ancient civilizations and traditions – concludes Emanuela Rosa Clot – with carefully selected destinations and unexplored corners in the smallest towns of the island. . In all we have created eight great itineraries that start from the sea and go inland, always bringing new ideas signed, as every year, by Sardinian journalists and photographers or passionate lovers of the beauties of the island. Each itinerary contains a card with descriptions, addresses and lots of practical information for readers.

PREV Euro 2020, Mancini’s letter to Italy: “We will honor every minute” | News
NEXT Relaunch of the RCF, there is also the Mise – Chronicle

An undersea cable will connect Europe and Brazil: it will carry web data

do not deny communion to Biden- Corriere.it