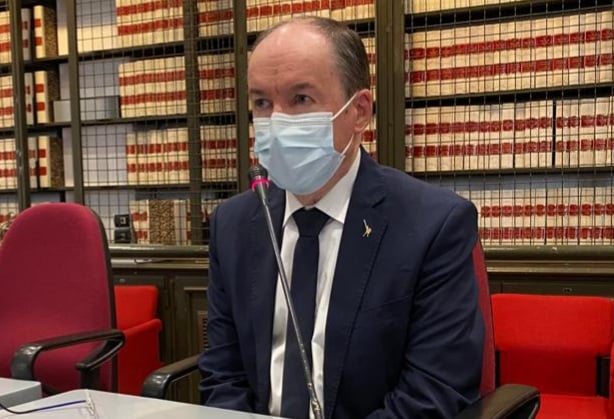 The Senator of the League, Mario Pittoni insists and illustrates to Minister Bianchi the proposed amendments to the support decree bis, which has begun the process for the passage to Parliament. The head of the Carroccio school has clear ideas from the very first moment on where to intervene: from hiring in the role of the second band of the GPS to provisional assignments, all issues not dealt with effectively, according to the League, on decree 73. they seem to support Pittoni’s ideas.

“We illustrated to the Minister of Education Bianchi and the technical leaders of the ministry our ten amendments to the dl Sostegni bis; all at no additional cost to avoid “misunderstandings” with the Ministry of Economy and Finance“, Reports the senator Mario Pittoni, head of the School Department of the League and vice-president of the Culture Committee in the Senate, who adds: “We are now asking to know in advance the attitude that Palazzo Chigi intends to take on these corrective measures, which are widely shared in the school world and on which dialogue with other political forces is open to finally make Parliament count in the Government’s choices on school. “.

The ten questions posed by the League are: 1) Unblocking of temporary assignments, uses and the stipulation of fixed-term contracts for permanent staff; 2) Release of the three-year bond for newly transferred; 3) Litigation overcoming the School for Europe of Parma; 4) Substitution of the final test of the training and test course; 5) Recruitment from the 2nd band of GPS; 6) Cancellation of the ban on participation in the ordinary competition if rejected; 7) Reopening of the terms of the ordinary competition; 8) Recruitment from 1st bracket of GPS without 3 years of service; 9) Dsga career progression acting; 10) Competitions for Teachers of Catholic Religion ”.

We were talking about the possible convergence between the political forces regarding the changes to the support decree bis, excluding however the M5S, which reiterated, in the course of an interview given to Orizzonte Scuola by the group leader in the Senate of the Education Commission, Danila De Lucia, about recruitment of temporary workers: “On this I think the compromise is more difficult. It is known that an amnesty represents an unacceptable solution for the 5 Star Movement. Moreover, I believe it would be an act with a high risk of unconstitutionality and which I doubt would pass the evaluation of the State Accounting Office unscathed ”.

On the theme of recruitment and insecurity, what is being prepared in Parliament seems to be quite in line with what is being discussed at the thematic tables between the Ministry and the trade unions. The latter formed a compact front for to drop the requirement of three years of service for precarious teachers of the first level of the provincial rankings, currently envisaged by the text licensed by the Government.

On the other hand, for all trade unions it is also important allow second-tier GPS teachers to obtain the qualification through an ad hoc path.

The road, as explained above, however, seems to be that of dual channel of recruitment, recruitment system provided for by law 417 of 1989 and born from a decree wanted by the then Minister of Education Sergio Mattarella. In fact, the trade unions look to a binary system of this structure. From politics, it was the same senator from the League Mario Pittoni to indicate this road several times, present in the 1920 bill signed by the Northern League senator.

But the other big question raised by Pittoni and also by the unions, concerns mobility, specifically the provisional assignments for teachers subject to the constraint, which with the support decree bis, passes from 5 to 3 years.

Also in this case, the trade unions are moving to open an urgent discussion table and find an adequate solution, within the time available.

PREV The Nespresso X Chiara Ferragni Temporary Café opens: where and how much does the espresso cost
NEXT Pippo Baudo: “Today’s TV? Made of photocopies”. And attacks Carlo Conti and Paolo Bonolis

To remove a key stuck in the door lock in total safety and at no cost, just follow this ingenious trick

Vaccines, the campaign in Sardinia slows down: less than 10,000 doses have been administered in the last hours

Gaetano Palisano’s nursery of cacti and rare plants in Rome