After the numerous advances circulated in recent months, Twitter finally presented Twitter Blue, its new paid option with features not available on the classic version of the social network. The service is currently available in Canada and Australia at the monthly price of CAD $ 3.49 and AUS $ 4.49, respectively. In the coming months it will be extended to several other countries, although for now the company has not provided many details on the distribution of the new features.

The main difference between the paid version and the free one is given by the presence of a “Cancel” button, which allows you to cancel the sending of a tweet if you notice that you have written some typo or in the case of an afterthought.

The option resembles the one available on Gmail and other e-mail services to set a timer between the time you press “Send” and when the message is actually sent. Twitter Blue allows you to choose the duration of the time interval up to a maximum of 30 seconds. The option isn’t quite comparable to the much-requested button to edit already sent tweets, but it comes close.

Twitter Blue it also gives the possibility to group and save tweets, in order to find them more easily at a later time in a dedicated section of the application. Another option allows you to format the concatenated tweets (“thread”) as a single text, in order to make them easier to read: external services have long existed to achieve the same result, but a version directly in the app could prove to be quite useful. 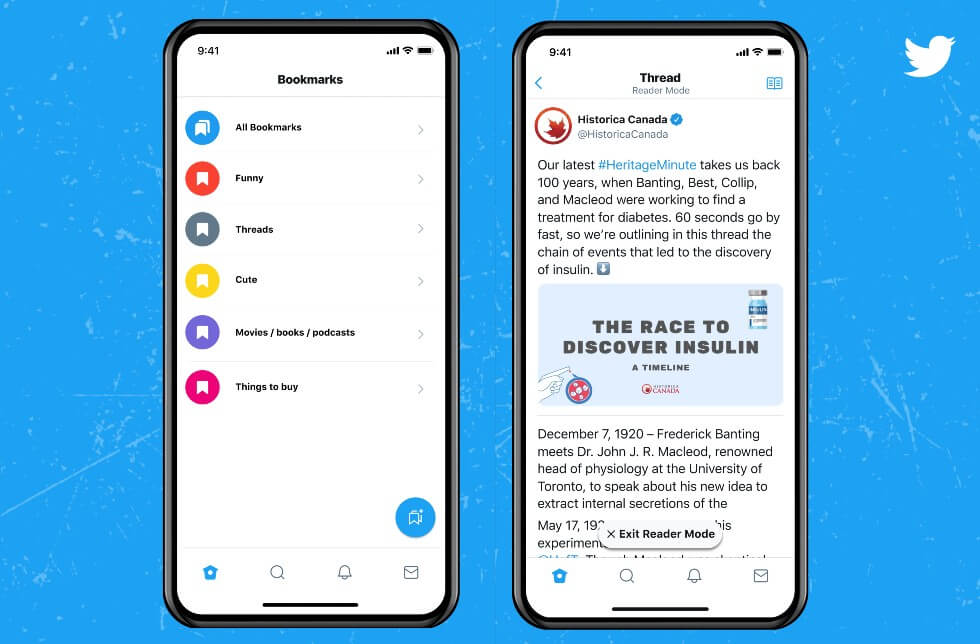 The paid option offers a few more possibilities for customizing your Twitter app. You can choose the colors of the buttons and the rest of the graphic theme, as well as you can change the color of the application on the screen of your smartphone.

Twitter also explained that users subscribed to the paid version of its services will be able to get assistance more quickly, for example to solve problems related to their accounts. Reports of tweets with inappropriate and hateful content will continue to be treated without distinction, between the free and paid versions.

The decision to offer the service for now only in Canada and Australia stems from the desire to experiment with the new options with a limited number of users, before making it available to over 350 million subscribers to the social network.

Twitter Blue is Twitter’s first attempt to differentiate its revenue, so far based almost exclusively on online advertising. The decision to experiment with paid solutions came from strong pressure from part of the company’s shareholders, who have long been asking Twitter executives to find new solutions to increase revenues. The new system took several months to develop and will be integrated with other paid features in the future. However, most of the functions of the social network will continue to be free and the contents will remain accessible to everyone.

PREV Amazon: get a 15 € voucher ahead of Prime Day!
NEXT Coronavirus: 146 new cases, average age 40 years; there are nine deaths – Toscana Notizie