The regime of Venezuelan President Nicolás Maduro has been in great difficulty for some time, mainly due to a very serious crisis that has affected almost all sectors of the national economy and which has brought the country close to collapse. In recent months, another has been added to the problems of very high inflation, widespread corruption, the lack of primary goods and medicines and the continuous blackouts: the loss of control by the regime of entire parts of the capital Caracas, where Maduro is no longer able to exercise his power. It happened for example in the area of ​​Cota 905, a shanty town that develops on the steep side of a hill in the west of Caracas, whose story was recently told by an article in the New York Times.

The case of the Cota 905 is quite exemplary of what is happening in Caracas and Maduro’s growing difficulties in maintaining control of the territory. La Cota 905, in fact, is not only one of the most dangerous and problematic neighborhoods of the capital, whose management in the past had already been a kind of test for the capacity of the regime to function efficiently; it is also a neighborhood that is only three kilometers away from the presidential palace in Maduro, and which despite this is escaping the control of the Venezuelan security forces.

In recent years, and particularly in recent months, the area that includes the Cota 905 and the neighboring communities of El Cementerio and La Vega, where about 300,000 people live, has come under the complete control of one of the largest criminal gangs of the capital, which in fact replaced the state. The gang began offering food and medicine to those most in need, paying for funerals, providing uniforms and other sports equipment to local teams, and sponsoring concerts, among other things.

The members of the criminal group, which is presumed to be led by Carlos Luis Revete (also called “El Coqui”), not only offer essential services to the local population, but also exercise a very strong military control over the territory, so as to prevent made entry to the Venezuelan security forces.

The criminal gang – wrote the New York Times collecting testimonies from group affiliates, police officers and ordinary citizens living in the Cota 905 area – has grenade launchers, drones and powerful motorcycles: criminals are better armed and better paid than most police officers in the country . The very strong control of the territory has allowed the group to impose its own system of rules and sanctions which, according to the accounts of various residents, has led to a net reduction in petty crime, which was very widespread in recent years; at the same time it has imposed a regime of fear on those who have entered the criminal group with the aim of obtaining some kind of employment, but who once inside realized that it is impossible to get out.

Today the “El Coqui” criminal gang controls the Cota 905 with about 400 well-armed men, who guarantee, among other things, the operation of various illicit activities, such as drug trafficking, kidnapping and extortion. At the moment the Maduro regime does not seem to have the intention or the forces to change the situation: both because the case of the Cota 905 is not the only one, and recently armed groups have taken control of several districts of the capital, and because the government seems to have made a kind of “pact” with the criminals which at the moment satisfies everyone.

A kind of “agreement” between the parties had already been found in 2013, when the security forces had withdrawn from some neighborhoods of the capital (including the Cota 905) on which they had failed to impose their control: these neighborhoods were they were called “peace zones” – an expression intended to hide the failure of the regime’s strategy – but the truce lasted only a couple of years. The police had launched new operations to regain control of these territories, which had failed again: the violence of the agents had attracted the anger of the local communities and had prompted the UN to accuse Maduro of crimes against humanity. At that point the regime had again negotiated a “pact” with the criminal groups, handing them entire pieces of the city. 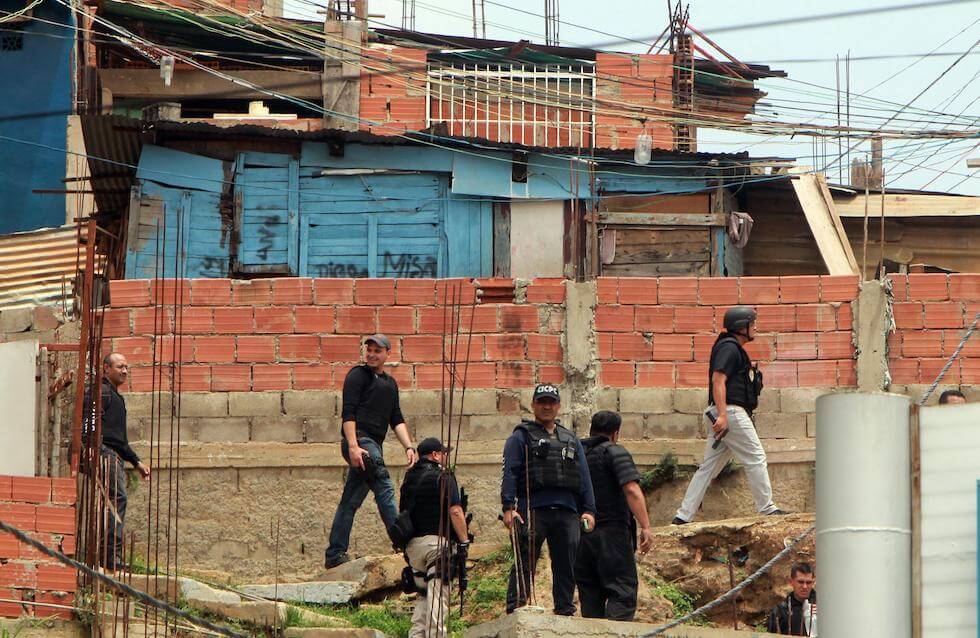 The fact of having to make deals with criminal gangs, and the fact of having to do it to control a territory three kilometers away from the center of power of Venezuela, has been interpreted by experts and analysts as a strong sign of weakness of the Maduro regime, the which in recent years had already lost control of entire peripheral areas of the country. The current situation makes the regime extremely vulnerable, as well as endangering the security of Caracas: last April a shooting between a police patrol car and some members of the Cota 905 gang blocked one of the main roads for several hours. crossing the capital and had created situations of panic among the people who were on the spot.

For Maduro, the loss of control of the capital could become a huge problem. In addition to coping with the very serious economic crisis that began years ago, Maduro has spent the last few years trying to strengthen his power, responding to the political pressure of the opposition and criticism from many foreign governments: in part he succeeded, but without find solutions to the most serious problems of the country, which now has 28 million inhabitants but had more than 30 only 5 years ago.

PREV Vaccini, Open days suspended in the province of Modena. Only Carpi and Vignola confirmed
NEXT so the masks have increased the disputes in Volo- Corriere.it

What changes with vaccines after Draghi’s words

a boy throws himself under the train at Termini