“Who profits?”, If it were distributed Massimo Andreoni, director of the Italian Society of Infectious Diseases and head of the polyclinic of Tor Vergata, in answering the question who really benefited from the opening of schools (until to elementary o alle average) for a few days before holidays of Easter, taken yesterday for all Italian students from kindergarten to high school.

After the passage – or the confirmation – of many Regions in the orange zone since last March 29, due to a previous provision of the government, the schools have reopened, except for high schools, while the territories in the red zone have kept their doors closed. But chaos was not lacking: in some orange regions – such as in Lazio – the mayors of various municipalities have signed ordinances to keep schools closed and reopen them only after the holidays, in others – Trentino and Valle d’Aosta – albeit colored red the respective governors brought the younger children back to the classroom. And in this jumble of “stop-and-go” openings for a few days – before an Easter that will be drawn in “red” throughout Italy – virologists warn: «It was a gamble». Because?

Schools, Minister Bianchi: “After Easter they reopen.” And launches the theme of summer openings 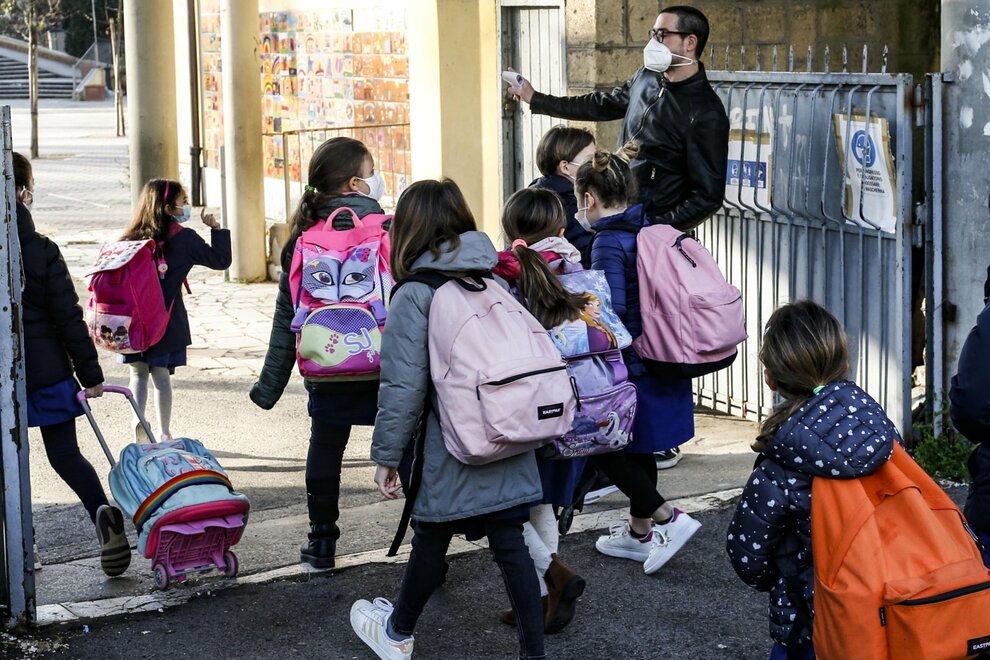 “The choice, certainly in terms of image, – explains Andreoni – to open schools for a few days was harmful from an epidemiological point of view because it is a question of mental honesty on which we must all agree: there will certainly be a new impact on infections “. Even if there are few new cases that we will most likely find ourselves counting in the coming weeks, the result does not change: “We are in a critical moment because we like or dislike school – continues the number one of the Italian Society of Diseases infectious – it is a time of possible spread of infections, I do not agree with the choice of having opened a few days, also envisaging an Easter of great control, we might as well take advantage of these two or three days to keep the situation under surveillance ». In the intensive care unit that he directs at the Tor Vergata polyclinic, the average age of the patients has dropped dramatically: “We have reached 61 years and there are 49-year-old hospitalized people.”

But the schools reopen and there is also the paradox as happened in the capital in these two days just passed: one class out of three was left without teachers. “The schools have reopened – comments the head of AssoPresidi of Rome and Lazio Mario Rusconi – but many teachers have abstained from lessons asking for permits for law 104 or presenting sickness certificates”. So who really benefited? “Neither to the boys – concludes Andreoni – to find that minimum of lost sociality, nor to the families”. The border has been very thin for months, the “school-contagion” game is being played on a tightrope because both reasons for taking a position are valid: pay attention to the circulation of the virus, which the opening of the plexuses entails, and restore the school in attendance. The great absentee of this pandemic.

“The problem is that there is no easy solution to such complex problems – adds Roberto Cauda, ​​director of the Infectious Diseases Operating Unit of the Agostino Gemelli Polyclinic – There are different needs, school in the presence is a value recognized by all but the opening schools always represents a risk, perhaps we could have waited ». This is also due to the fact that the vaccination campaign continues but not at the desired speed and there is also the risk that it will stop or slow down. In Lazio, for example, the stop to vaccinations due to delays on AstraZeneca deliveries seems averted but we proceed with our eyes closed. «In Italy – concludes Cauda – the English variant circulates at 87% and affects younger people, including students and children, in a higher way. The disease in these cases does not manifest itself violently but the positives are contagious by definition ». And Easter is upon us, with many grandparents who will hug their grandchildren.

PREV Noipartigiani.it hit by a hacker attack. Lerner: “Organized with the use of significant resources”
NEXT Antonio Ricci after the storm on Striscia: “Report makes you laugh more than the curtain. We do not apologize”

Antonio Ricci after the storm on Striscia: “Report makes you laugh more than the curtain. We do not apologize”

there was no one in the driver’s seat – Corriere.it

Record of vaccines, but Covid does not give up: where it hits the most, the Rt indices of the Regions