The return to Italy of Jose Mourinho, announced by Roma as a new coach for three seasons starting in 2021-2022, he inevitably shook the fans of theInter, less than 48 hours from scudetto party taken in the afternoon of Sunday 2 May, with four days before the end of the championship.

The Special One has in fact returned to using special effects, formalizing its return to Italy in the midst of the joy of the Nerazzurri people as, almost eleven years ago these days, it had actually announced its farewell to the Inter bench to land. to the Real Madrid a few minutes after the triumph in Champions of the “Bernabeu” against Bayern Munich.

Within the Inter planet, however, there are those who have developed a relationship with Mou that is nothing short of conflict. It is obviously about Antonio Conte, whose almost physical clashes with the Portuguese coach at the time when the Salento coach was at Chelsea and Mourinho at Manchester United, have entered the history of English football and beyond.

Who knows that Conte’s return to success was not an extra incentive to convince Mourinho to return to Italy, the fact is that the Inter coach, interviewed by ‘Le Iene’, used the fair play to greet the return of the “old enemy”: “Mourinho returning to Italy is good news for everyone, I wish him the best, except when he plays against me. If we have clarified? Absolutely yes, there is great respect, then when there is competition it is your death, my life and therefore we will not spare ourselves. Will he be attending our Scudetto party? José made the history of Inter ”.

While waiting to challenge the old idol, however, the Inter fans want to know whether Conte will remain on the Nerazzurri bench or not. The coach does not solve the mystery: “Now we enjoy the Scudetto, then there will be time to make the assessments that we will have to make together with the president and managers in a very calm way to choose the best destiny for Inter. More yes or more no? We will choose the best destiny ”.

The process of “interization” of Conte, the flag of Juventus as a player and then the winning coach of the Bianconeri, he was one of the most popular post-Scudetto themes.

The former Juventus coach does not fall into the trap…: “The moment I become the coach of a team, I become its first fan. It is inevitable that I fight for Inter against everyone and against everything. More Nerazzurri or Bianconero? I am always a huge fan of the teams I coached for, I am a fan of Arezzo, Lecce and Bari, as well as Juventus and Chelsea ”.

Digs digs, however, the name of an ex comes out who is in Conte’s heart more than the others. To the point of hoping to return …: “I hope one day to be the coach of the national team again” closed the former Italy coach, referring to the experience as a blue selector between 2014 and 2016, which ended with the defeat at penalties in the quarter-finals of the European Championship against Germany, to then land on the Chelsea bench. 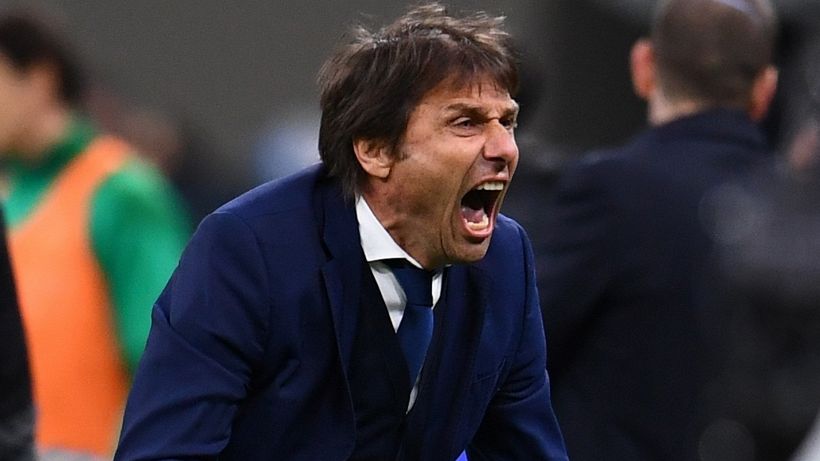 Fonte: Getty Images
PREV “Dear Spouses Jalisse …”, President Mattarella writes to the duo of “Rivers of words”. 10 things you may not know about them
NEXT May 1st 2015 and Expo, Milan devastated by the fury of black blocks – Chronicle

It’s not the Arena, Nicola Morra reveals that Piercamillo Davigo showed him the minutes on the Loggia Hungary – Libero Quotidiano

Covid, 250 new cases in Marche The incidence of positives rises to 12%

Cristina Chiabotto has become a mother: party at Juve – Tuttosport

In Syracuse 40 new covid positives, in Sicily less than 500 infections in 24 hours