Blanca, the blind detective arrives: the cast in the photo

Maria Chiara Giannetta is depopulating in the role of Blanca, the protagonist of the homonymous series, a young blind woman who has the possibility of realizing her dream: to become a police consultant. Blanca has a very particular style that focuses entirely on color, as if to contrast the darkness that surrounds it.

Blanca shows up at the police station where she works with sporty and practical looks to face the field investigations. The highlight of her wardrobe are waterproof jackets, colorful. In fact, she loves the rain very much because when it rains she seems to go back to seeing and for this she loves being under the water, even when it pours, as we learned in the first episodes of the series. So, here she is wearing a padded jacket, with green, electric blue and yellow stripes, with an orange elastic belt. Or it has a second version, also the one with colored horizontal stripes.

A lot of color contrasts black tops, low-cut at the right point, jeans or very short shorts that enhance Giannetta’s perfect legs, as well as the black leggings that she wears strictly with her combat boots.

Blanca’s style he is casual and cheerful, even somewhat ironic, and perfectly reflects his strong character. That of a young woman who has not surrendered to the oxen around her and who does not experience blindness only as an obstacle. In this she is helped by her dog, Linnaeus, who is a female French bulldog.

But Blanca’s outfits are not just in the name of practicality and sunshine. Maria Chiara Giannetta she knows how to seduce with tight mini dresses and high heels, with which she moves very well. A double weapon of seduction that she needs to frame criminals, but also to attract her workmate, Inspector Michele Liguori (played by Giuseppe Zeno), even if it is not really her intent, at least in appearance.

The costumes of the fiction are curated by Monica Saracchini and Angelo Poretti.

Blanca, plot of the episode Ghosts

Speaking of Liguori, in the episode Ghosts he will find himself directly involved in the new murder case. The body of the sixteen year old Camillo is found in an ancient noble palace. And I stable belongs to Liguori’s own family. There are painful memories related to him here. The suspect is, among other things, Liguori’s uncle: Bianca seeks the truth as she tries to stay close to Lucia and is torn between Liguori and Nanni, her chef friend. Meanwhile, from the past, someone returns to question his credibility.

Blanca, where and when to see it

The appointment with Blanca, the fiction set in Liguria, is on Monday on Rai 1 at 21.25. All the episodes can also be seen on RaiPlay. 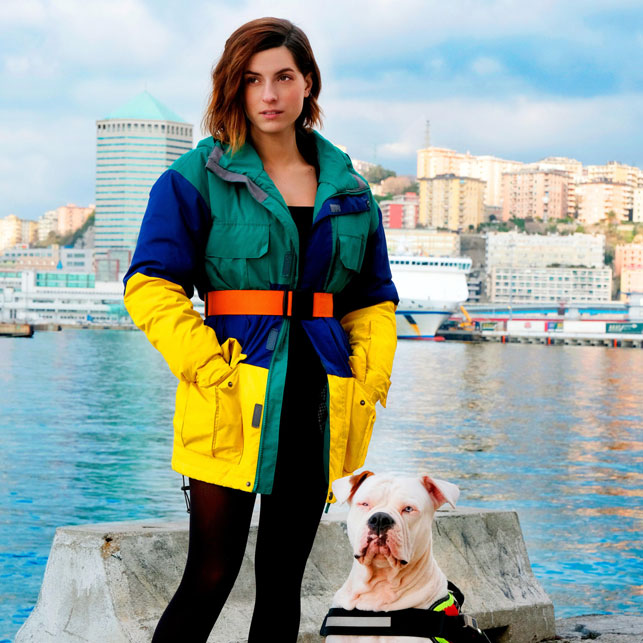 PREV Moviola Juve-Udinese, Bernardeschi pulls Soppy’s hair in the area: penalty risk
NEXT Betty White, the ‘Golden girl’ actress of American TV, was about to turn 100

Stellantis, Tavares: “In Italy production costs are too high”