On Corsport: Sarri has reviewed his Napoli from the wrong bench in the right stadium. Just that Naples, the symphony orchestra of 28 victories and 91 points. 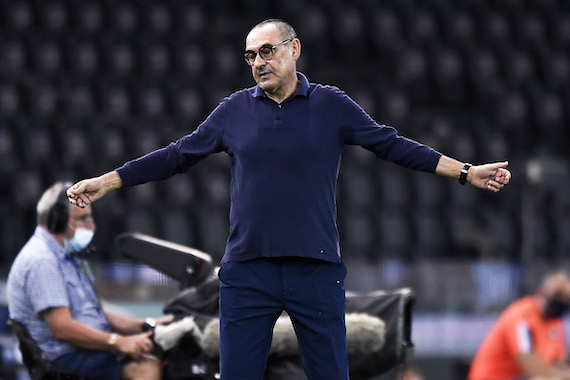 Maurizio Sarri was the protagonist of Napoli-Lazio 4-0. His team was overwhelmed by Napoli who took ten minutes to ask for the match. Ivan Zazzaroni, editor of Corriere dello Sport, writes:

Sarri has seen his Napoli from the wrong bench in the right stadium. Just that Naples, the symphony orchestra of 28 victories and 91 points. A true nemesis for the Lazio coach who has collected fewer notes and more goals than expected, undergoing the possession of more effective management, facilitated by movements that he himself had repeated hundreds of times.

The first half of the team that Spalletti had to present in the extralight version (the injured Osimhen and Anguissa replaced by Mertens and Lobotka) was exceptional in terms of volume, quality and precision. The solidity of the defense was reaffirmed: Napoli has the best in the league with 7 goals, Inter and Rome follow him with more than double, 15. With these premises, an exercise that is too complicated for Lazio, the exit from the stun caused by the ‘one-two in the first ten minutes.

PREV the first ingame images appear online
NEXT Betty White, the ‘Golden girl’ actress of American TV, was about to turn 100

In Lombardy there will be a basic psychologist

it’s not over with Evergrande. Now the giant Country Garden is shaking

how to get the SUPER GREEN PASS if you are cured of CORONAVIRUS »ILMETEO.it

Coronavirus, one death and 577 infections. Another hospitalization, but there are 301 recovered