Control plan from restaurants to subways

“On Monday morning we have a meeting with all the prefects and the police forces to establish a control plan which will then be implemented on the territory”. This plan will be declined “not only in restaurants and public entertainment establishments, but also on public transport and subways. It is a considerable commitment, but there is every intention of doing the best”, “also in relation to new variant “, adds the minister to the feast de The paper. According to Lamorgese, “controls are also necessary to dissuade those who think they are evading the rules”.

28 million checks have been carried out so far

“From January to today – underlines the owner of the Interior Ministry – we have controlled 28 million people, about 3.6 million public places such as restaurants. A lot has been done and even more must be done, with the strength we have and even with the use of the local police. We will do our best “. Until now, on the anti-Covid rules “most Italians have been obedient and respectful of the rules and this has also helped the police forces. Of course, more collaboration would be needed on the part of the managers of the premises”. 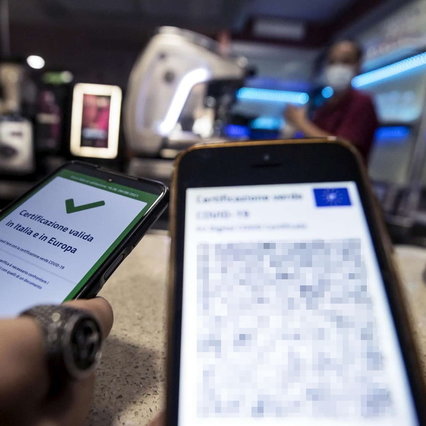 Regarding the No pass and No Vaz demonstrations, Lamorgese says: “We must take into account those who want to protest” which, however, must be “with rules and where possible in a stable form” and must not “harm the rights to mobility, in the studio, of those who have shops and of those who want – at this moment – to go out shopping for Christmas. I don’t see why they should be limited “. The minister then speaks of “areas where they can demonstrate without harming the rights of others”. Then he adds: “It seems to me that at this moment the demonstrations are taking place but it seems to me with less presence and participation”.

High attention is paid to those who proselytize among the No vax “The far right? In these demonstrations there are radicalized people who try to proselytize by joining the No vax circuit. We are following with the utmost attention”, concludes Lamorgese.

PREV Coronavirus today, intensive care at 17% in Emilia Romagna. Bulletin January 10, 2022
NEXT Betty White, the ‘Golden girl’ actress of American TV, was about to turn 100

Green lanterns in solidarity with migrants, Italy on

The video that inguaia Grillo: the battle of the M5s over the Italian seafarers to “help” Onorato

Abel Ferrara in Caracalla reads verses from “Ruins” by Gabriele Tinti. And in Puglia he shot a film about Padre Pio

“Why wasn’t he expelled?” The storm breaks out on the illegal rapist