It is not the first time that the Swiss have voted in a referendum on health measures to combat the pandemic. On June 13, the coronavirus law had already been submitted to a popular vote. It had been accepted with over 60% of the vote. From what is learned from the polls within the country, the opinions on the Green pass are a little more rigid, but about 60% of the voters seems determined to keep the certificate and with it the restrictions.

How the Green pass works in Switzerland – From September the certificate is mandatory to access restaurants, cultural facilities and other indoor events or activities. With less than two-thirds of the population having two doses, the Swiss have one of the lowest vaccination rates in Western Europe. Now Covid-19 infections are climbing exponentially, with the number of cases increasing 40% to 50% every week. Since the start of the pandemic, the Swiss government has tried to introduce more effective measures to control the spread of the virus, while remaining faithful to the Swiss system of direct democracy. The people always have the last word.

The rebellions – The vaccine has always been a sensitive issue to be addressed in the country, especially in the German-speaking Switzerland. Many took to the streets and collected signatures to challenge the green certificate, in view of Sunday’s referendum. Not only that: at a gathering in Bern thousands of people showed up to listen to “experts no vax”, including the famous Robert Kennedy Jr, which defined Switzerland as Europe’s last stronghold against “the sinister powers that force people to vaccinate by introducing a draconian mass surveillance system.” 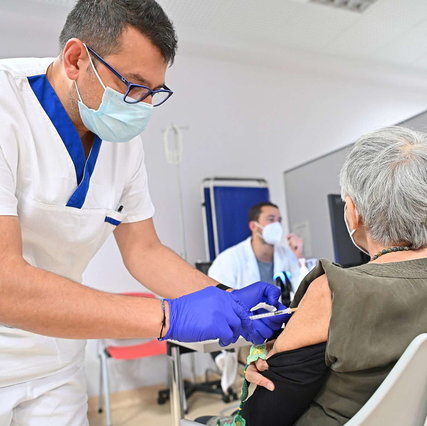 The knot of hospitals – Meanwhile, given the latest data on the infection, the government has advised the hospitals of increase their capacity in intensive care. This has provoked negative reactions among Swiss nurses, who stress that “extra beds don’t help when there are not enough staff to take care of the patients”. It is estimated that 10% of Swiss healthcare workers have left the profession since the beginning of the pandemic. To make their voices heard, nurses have collected signatures for a national referendum calling for more investment and better working conditions.

Coronavirus, one death and 577 infections. Another hospitalization, but there are 301 recovered

New Dpcm Covid, where will the green pass be needed (and where not) from 1 February? Store list arrives