With the return of the lockdown in Austria and Germany, Europe once again becomes the hot front of the fight against the coronavirus due to a fourth wave that is causing deaths and hospitalizations. But who still dies of Covid in 2021? The difference compared to 2020 is that Italy to date, also thanks to the high rate of vaccinated citizens (equal to 83.7%), seems to be doing better than other nations where the virus has started running and killing again: Bulgaria, Latvia and Romania recorded the highest number of deaths per million inhabitants in the last week (respectively 161, 123 and 112), followed by Austria (22) and Germany (16).

The data remain significantly lower than in 2020, but even Italy after a summer of easing of restrictions returns to look with concern both at the death rate and the number of hospitalizations in hospitals, especially in some regions where the zone could trigger yellow. In Italy, by comparing the period May-December 2020 to that of 2021, deaths are drastically reduced, passing to about 60 per day.

The numbers that belie No Vax

Over 60 and unvaccinated: the victims of the fourth wave of Covid

The latest monitoring by the Istituto Superiore di Sanità provides some useful data to understand who the victims of this fourth wave of Covid are. The mortality rate per 100,000 inhabitants in the last 30 days is closely linked to the vaccination status and age group: between 10 September and 10 October 2021, the clear majority of deaths occurred among non-vaccinated people over 80 (64.1 ) and between 60 and 79 years of age (10.2), while in the 40-59 range the deaths per 100,000 inhabitants were 1.3. 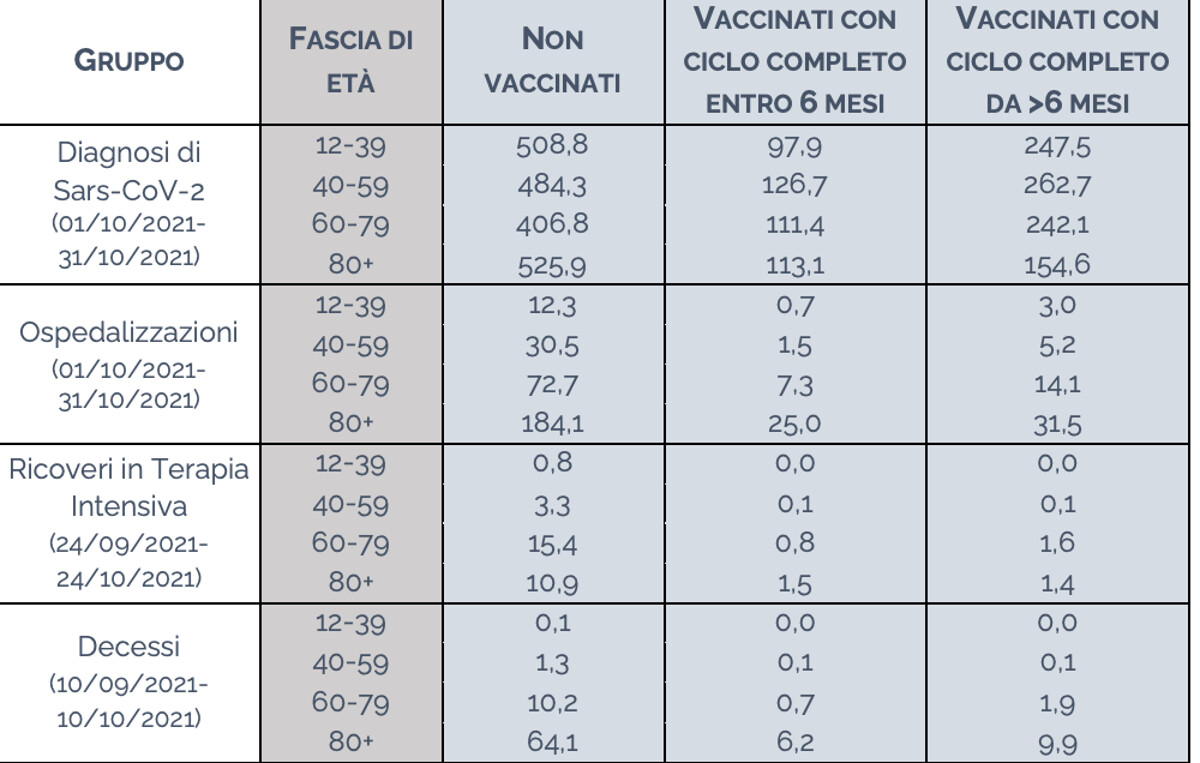 The ISS reports that 10.5% of cases reported between October 25 and November 10 are male and aged between 10 and 29 years, equal to the percentage of female subjects in the same age group. The percentage of Covid-19 cases detected in people over 60 years of age is stable (23.4% against 23.2% compared to the previous week), while the median age of cases is slightly increasing (43 years over a range 0-108 years). Analyzing the deaths, the Istituto Superiore di Sanità reports the number of the period between September 17 and October 17, equal to 772. Of these, about half are unvaccinated: 361 people, equal to 46.8% , the majority over 60 years of age. There were 27 deaths among those vaccinated with an incomplete cycle, 299 among those who completed the vaccination cycle for less than 6 months. On the other hand, taking into consideration the segment of the population that has completed vaccination for over 6 months, the deaths drop to 85. 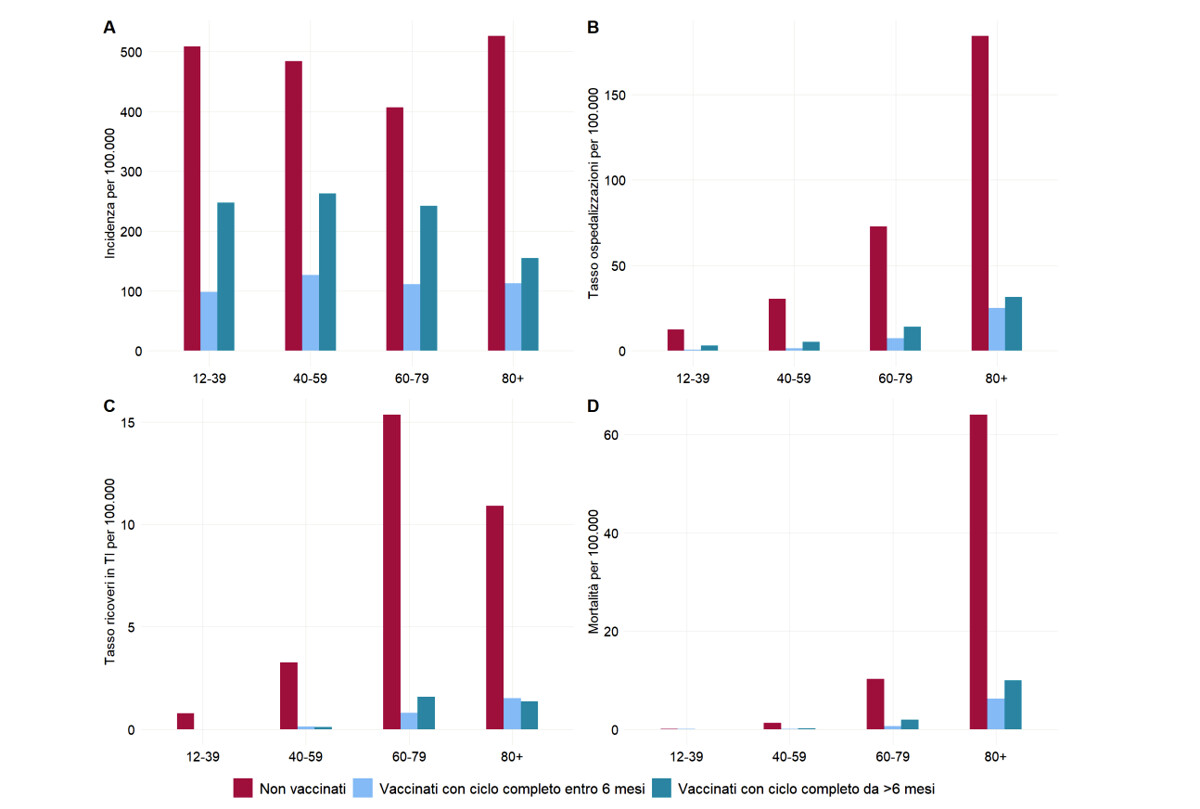 The children and adolescents who died of Covid

The analysis of the epidemic data in the younger age group deserves a separate discussion: up to 17 November in the population 0-19 years old, 808,228 confirmed cases and 34 deaths were reported to the integrated surveillance system. There were 8,557 hospitalizations among children and adolescents, those in intensive care 251. From 1 to 14 November alone, 22,202 new cases were reported in this population, of which 143 hospitalized and 5 hospitalized in intensive care.

This is the distribution of cases, hospitalizations and deaths from the beginning of the emergency for the different age groups under 19:

PREV update 13.2.0 available, the news of the update – Nerd4.life
NEXT Gam, opens the exhibition “Divisionism. 2 collections “

The Advent Calendar 2021 has arrived. Here are the offers for December 1st!

tied with ropes and hands on her face

“Get rid of sex from identity cards”: Another Taliban madness of inclusion

Omicron, the Israeli health minister: “Protected with 3 doses of vaccine”. Towards tracing the phones of the infected by the secret services

The turning point in Austria: fine of 7,200 euros for those who do not vaccinate

Omicron, the Israeli health minister: “Protected with 3 doses of vaccine”. Towards tracing the phones of the infected by the secret services

The turning point in Austria: fine of 7,200 euros for those who do not vaccinate