ROME – For lovers of the Pandino 4×4 of the past it is not yet called the last. It is called the Panda Integral-e and is a real opportunity for rebirth that winks at those who gave up the car with the internal combustion engine of 1984. The secret is mostly concentrated in the “restomod” – now very fashionable – of the model . Garage Italia took care of it by combining the concept of Rest-auro and Mod-erno (hence the creation of the word) and thus bringing back the Pandas of the time, upgraded thanks to components, technologies, connectivity and current solutions that limit them. pollution. This but not all. Today, enthusiasts do everything – from personalization to ordering – without wasting time at retailers, just with a few clicks.

Panda Integral-e is not just a car but a real 4×4 range, developed starting from 2019 and orderable from the official Garage Italia website. 3 versions available. On the technical front, the electric has a powertrain made by NewtronGroup, for a range of 100 kilometers and a recharge that varies from three to eight hours. The second version available is the one with range extender (official data not yet available). The third one – surprise – is with an internal combustion gasoline engine capable of complying with anti-pollution regulations.

The particularity, in fact, of this project lies not only in the “electric” mission but, as mentioned, in a rebirth that also provides, according to current trends, an all-round customization that the motorist can perform mouse in hand. 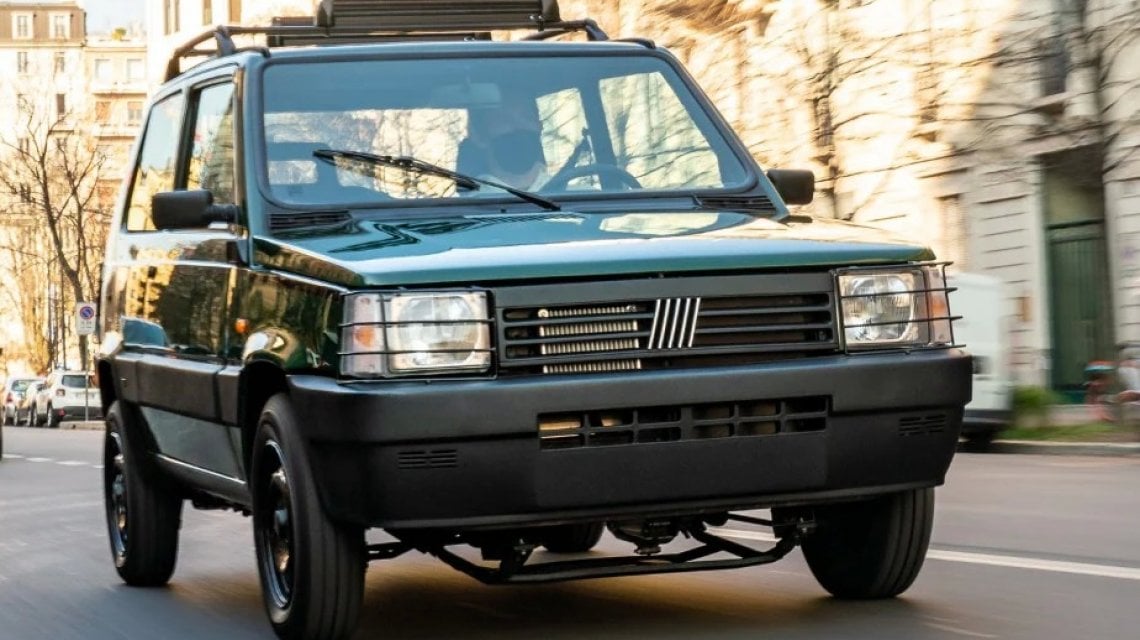 The model is configurable and customizable, therefore, online, according to the tastes of enthusiasts. Obviously, among the proposals there are also the original colors of the Panda 4×4 of the first series, as well as various accessories and external and internal liveries. Specifically, there are seven colors to choose from complete with a contrasting roof, five colors for the sheet metal rims, six side stripes, as well as three types of tires, three steering wheel models, two colors of the roof, seven of the interior trim. .

Obviously, there is also the – iconic – grille of the first Panda 45, as well as the characteristic additional headlights with rotation grids. A world to indulge in where there is also the possibility of adding a customized hood, or an external spare wheel for an off-road look. For the less nostalgic, the choice of new options such as central locking, heated seats and electric windows. On the part of the brand, with the launch of the model, the challenge is unprecedented: the 5 most interesting configurations will be selected and collected in a post on social networks. Target? Create a real community, with fans of the past, but not only.

Boom contagions, for Italy 3 Regions in RED and 1 Province in DARK RED in the Updated European Map »ILMETEO.it

Quarantine at school to the first positive, the rules in the government circular – Corriere.it