ISS in its latest report of 5 October 2021, declares that on a sample of 7910 medical records of deceased Covid-19 examined, the number of previous pathologies in patients was represented as follows: 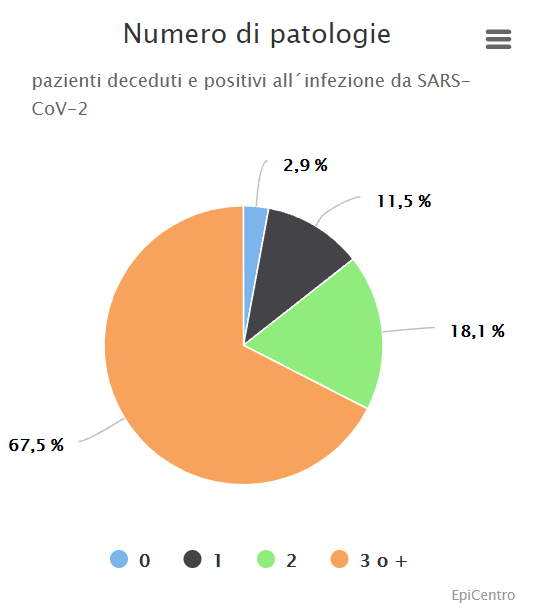 These days the news has been around the network, but this division was already known and included in previous ISS reports at least until a year ago. Our question, after almost two years of emergency, is the following: how was this champion defined? Is it possible that, in view of the importance of the thing, only 7910 medical records were analyzed in a year and a half compared to 130 thousand deaths?

Of this “sample” of medical records analyzed, the ISS limits itself to defining it as an opportunistic sample with these words: “[…] The medical records are sent to the ISS by the hospitals according to different timescales, compatibly with the priorities of the activities carried out in the hospitals themselves. The sample is therefore of an opportunistic type, represents only the deaths in subjects who have needed hospitalization, and the Regions are represented trying to maintain a proportionality with respect to the number of deaths. “

PREV Sms PosteInfo, beware of scams: how to recognize them
NEXT ‘Island is part of China’ | Sky TG24

Canosa, 50-year-old dies after defending a friend: assailant under investigation for manslaughter