Vaccine obligation yes, vaccine obligation no – The government’s stance on the vaccine requirement for school staff remains cautious at the moment, with a view to returning to school in September. With 85% of the profs immunized or awaiting the recall, the prevailing hypothesis is to wait at least until 20 August (counting to break through the 90% vaccinated quota) before taking any strong measures.

But it is not excluded, however, that the debate on the vaccine may reopen against the background of the evaluations of these measures also mandatory for other professional categories. In general, the current level of immunized at the moment does not seem to be sufficient to stem the viruses in some territories. To risk yellow, if they were to exceed the threshold of 10% occupancy of beds in intensive care and 15% in ordinary wards, they are in particular Sicily (already 8% for ordinary and 4.7% intensive hospitalizations), Lazio (3.7 % in intensive) and Sardinia (4.2% intensive). These numbers are also likely to approach other regions with a tourist vocation that will welcome thousands of vacationers this month, such as Puglia. ‘

Contagion on vacation – The increase in infections in July, especially among men under 40, according to the ISS report, it is due to the effect of the European football championships, in particular to “parties and gatherings” after the victories of the national team. We are already running for cover: the Sicily it asked its healthcare companies to return to the activation of all the beds that had been started in the most acute phase of the pandemic. In the region, the doubling of low-intensity care beds in Covid hotels has also been arranged because – explains the Councilor for Health, Ruggero Razza – “at the moment there are many non-Italian citizens who have positive results hosted in these structures at our expense. “. 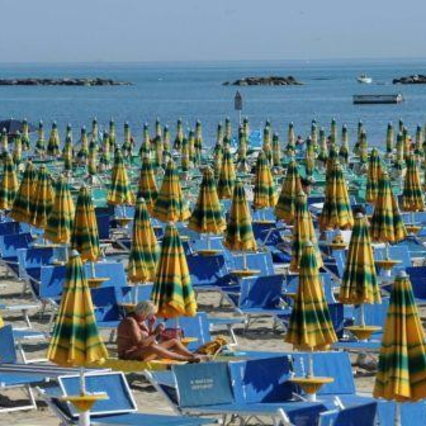 For the month of August a bio-containment naval transport service will also be activated for tourists who prove positive on the smaller islands. There Sardinia, where there are 32 municipalities that exceed the critical threshold of 250 cases per 100 thousand inhabitants, is instead already struggling with new crises in various municipalities. The obligation of the outdoor mask is back in various territories of Cagliari and Oristano, while the mayor of Maracalagonis (Cagliari) also imposes a distance of 10 meters between the umbrellas on the beaches, even the free ones. And these are just some of the prescriptions that the first citizens are adopting – usually until August 5 – to try to stem the rise of infections in different areas of Sardinia.

Similar provisions on the obligation of personal protective equipment outdoors (in Campania had never been abolished despite the ministerial ordinance) were taken in Lazio in Ponza, San Felice al Circeo and Sperlonga, in Puglia in Martina Franca and other tourist resorts while in Sicily e Calabria red areas have appeared for some municipalities.

To prevent the Regions from changing color, Locatelli on The Corriere della Sera points the way: “Pushing the accelerator of vaccinations, persuading the population to follow the rules of behavior, preventing situations that can generate gatherings”.

“As also stated by the virologist Anthony Fauci, – adds the coordinator of the CTS – there is a limited percentage (from the Italian data the estimate is 12%) of fully immunized subjects who can become infected, almost always without developing disease, and infect. Even rarer is the possibility that a vaccinated person, even if infected, ends up in hospital. The protection from severe forms of the disease is greater than 95% and contributes to significantly reduce viral circulation, with the danger of new variants emerging “.

“It’s a benefit – concludes Locatelli – also vaccinate adolescents, which are thus protected from the risk of developing serious or even fatal disease. The deceased under the age of 19 in Italy are 28 to date. Vaccinating also means creating the best conditions for it to have continuity face-to-face teaching“.

Chirico: ‘Marchisio is right, Milan better than Juve. Sarri and Pirlo demolished everything, now there is no certainty ‘| First page

The Rome Marathon returns after the pandemic: the route, the closed roads, the viability

Local Police of Rome, the OU suppressed and the SULPL speaks of a coup