Movements and gatherings are prohibited – The curfew imposed by President Saied prohibits travel between cities outside the permitted hours: the only ones to be exempted will be night workers. In public spaces, gatherings of three or more people will be prohibited. The Tunisian branch of the Arab television station Al Jazeera closed.

The offices of the central administrations will be stopped for two days so as to allow the bureaucratic apparatus to organize work in smart-working mode. The head of state, after a meeting with union leaders, invited the population “to remain calm and not give in to provocations”. 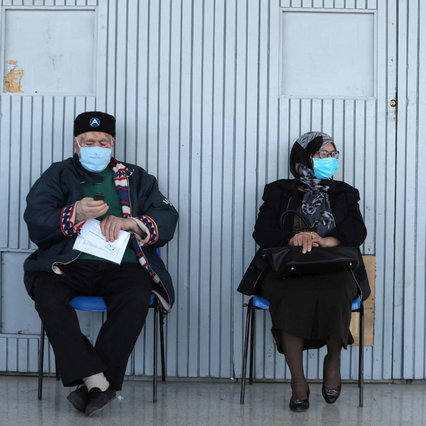 The danger of the authoritarian turn – The announcement of the curfew was preceded by what the Tunisian parliament called a real “coup d’etat”. Saied has in fact relieved Prime Minister Hichem Mechichi, Defense Minister Brahim Berteji and Justice Minister Hasna Ben Slimane from office. In addition, it also suspended the powers of the Parliament for 30 days and lifted immunity from Members.

The reaction of the Speaker of the Parliament Rached Ghannouchi was almost immediate. The leader of the Islamic party Ennhadha, the first force in the classroom, urged his allies to “take to the streets to restore democracy”. On the morning of Monday 26, some demonstrators gathered in front of the gates of Parliament to demonstrate against the Saied maneuver.

Via his Facebook page, the former prime minister Mechichi he is known to “accept Saied’s decisions, wishing success to the new government team “. He concluded the post invoking the freedom of Tunisia and” glory to its people “.

The concern of international politics – The Tunisian crisis immediately put other countries on alert, with Italy expressing “concern for the situation and its potential implications”, addressing “an appeal to Tunisian institutions to ensure compliance with the Constitution and the state of right”.

Foreign Minister Luigi Di Maio heard the head of EU diplomacy Joseph Borrell in a phone call in which “the shared commitment to guarantee stability in the country” was reiterated. “We are confident that this crisis can be resolved in the democratic embankment of the instruments available to the Tunisian institutions and people”, added the tenant of the Farnesina.

Also from France they hope “the return, as soon as possible, to a normal functioning of the institutions”, says Foreign Minister Jean-Yves Le Drian. Similar statements also come from the White House, with the United States launching an appeal “for respect for democratic principles” through its spokesperson Jen Psaki.

The EU appeal: “No to violence” – The European High Representative, Josep Borrell, launches an appeal to the country asking for “the restoration of institutional stability, and in particular the resumption of parliamentary activity, respect for fundamental rights and abstention from all forms of violence”. “The EU is following developments closely – says Borrell -. The democratic roots of the country, respect for the rule of law and the Constitution must be preserved”.

PREV Gasp touches the coup, Dzeko saves Inzaghi
NEXT Maldini in goal. Who is Paolo’s son (and dad’s reaction)

Continuity, from October fewer flights and stop at the single rate

Deputies, obliged to accept support even if a common post is still uncovered

How to protect your portfolio from a stock market sell-off

The new Cattolica campus in Mompiano has been inaugurated