To protest against the green pass there are also several associations of restaurateurs and wedding organizers: “40% of the businesses nationwide have no outdoor areas and the people who have not yet received the first dose of the vaccine are 18 million” , he claims Lino Enrico Stoppani, President fipe (Italian Federation of Public Establishments). “There are 18 million customers that certain businesses are at risk of losing”.

Also Giorgia Meloni she is opposed to the new provisions of the executive and on Facebook she comments on the statements of Prime Minister Draghi calling them “words of terror that do not take into account the numbers of intensive care”. The leader of Fratelli d’Italia adds: “For a year and a half they have always paid the same: bars, restaurants, discos. While the usual suspects benefit from them. It seems that in Palazzo Chigi the problem is not the virus, but the activities” .

On the streets of the capital, the protests will not be limited to Saturday 24th.Home therapy C-19“has called for a demonstration in front of the Ministry of Health which will involve doctors and citizens. Their purpose is to “deliver the signatures of the petition addressed to Speranza and ask for the participation of the institutions in the revision of home care protocols”. 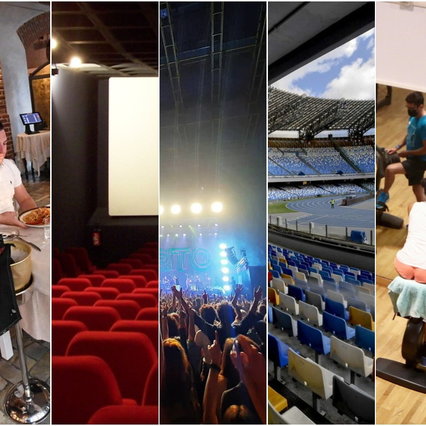 A further mobilization will be activated on Wednesday 28 by the “Free Choice Committee“which will meet under the slogan” Who is silent agrees! If you are against the Green pass, it’s time to prove it. “According to AdnKronos, the protest will see the participation of members of the League such as Borghi, Siri, Bagnai and Pillon, together with Vittorio Sgarbi and Gianluigi Paragone.

NEXT “Go to Poland”, “Go to c …”: quarrel between Sansonetti and Sgarbi

Housekeeping, babysitter and VAT numbers: green pass for everyone, the government’s okay

Fdi, Cola-Bianchi: Rome streets like jungle, we study exposed in the Prosecutor’s Office

the background, because his race to the Quirinale can end here – Libero Quotidiano