First the swab and then the decision whether to continue the isolation in the hotel or spend the period of quarantine in their homes, if they are able to guarantee the safety of confinement until recovery. 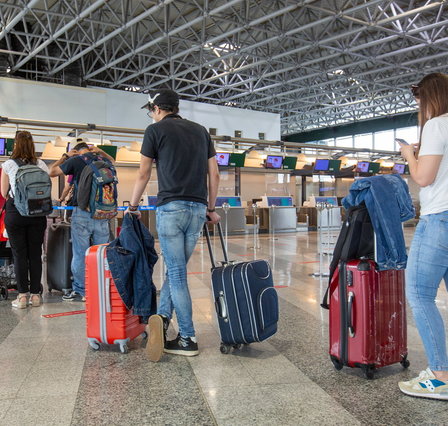 In the last few hours, the list of those who boarded the flight, compared by the Maltese authorities with that of the requests received at the Italian consulate in Valletta, saw the release of a group that finished quarantine on Thursday and chose to return to Italy with their own means (but some remained on vacation on the island).

Instead, a small group of minors who had arrived in Malta as part of the Erasmus + program entered. Another sixty Italian students, who had not contracted the virus and tested negative, had already returned with another flight in recent days. The repatriations, organized by the Maltese Tourist Board, also involved the very young people of other European countries with a series of ad hoc flights, both for positives and negatives.

On Thursday 128 infected in the Mediterranean island returned to France while on Friday another flight from Valletta brought the positive Spaniards home. On the other hand, the infected German students will remain in Malta: the German policy – recalled the ambassador of Berlin on the island – in fact provides that “individuals tested positive must not cross borders but must rather complete their quarantines wherever they are tested, in this case, of course, in Malta “.

On Monday, Germany instead gave the green light to the early return of about thirty boys who were negative to the test, but quarantined by the Maltese authorities for having had contacts with positives. The outbreaks that have developed in English schools have more than a hundredfold the infections in Malta in just three weeks: the active cases were 23 on June 27 against 2,346 on Thursday, more than 90% unvaccinated and over a quarter of the total. of young foreign students. And the Maltese government could not help but close the 40 English schools in Malta and Gozo on July 14, with just five days’ notice.

“Through these flights, we intend to reaffirm that everyone’s safety remains our priority. We have decided to repatriate students, mostly minors, negative or positive, following procedures capable of guaranteeing this safety, for their sake, their families. and of those who collaborated with us to ensure that this operation was successfully concluded “, underlined in a note Carlo Micaleff, CEO of MTA. However, there will be no help for those who entered the country for tourism and were subjected to quarantine in Covid hotels: the Maltese government has in fact ruled out the organization of return flights.

PREV Kean bis to Juventus: “Coming back here is the right choice. And now I feel ready”
NEXT Cingolani, next quarter the electricity bill will increase by 40% – Economy

Kean bis to Juventus: “Coming back here is the right choice. And now I feel ready”

Naples, clashes between the supporters in Leicester