On Wednesday, July 14, the president of Brazil, Jair Bolsonaro, was hospitalized in Brasilia, the capital of the country, for examination due to a persistent hiccup that began ten days earlier. After some tests, the doctors decided to transfer him to a hospital in São Paulo to carry out further checks on his health, having found a suspected intestinal obstruction. Bolsonaro posted a picture on Twitter from his hospital bed, saying he wanted to “come back soon, God willing.”

Bolsonaro’s health has often been the focus of media and Brazilian attention in recent years. In 2018, during the election campaign that would lead the far-right leader to become president, he was stabbed in the abdomen by an opponent. The wound had caused heavy bleeding and required several surgeries to remove the injured part of the intestine.

Last year Bolsonaro had instead fallen ill with COVID-19, after having argued for a long time that the coronavirus pandemic was a false problem and without adopting incisive national policies to reduce the risk of new infections. In June, the deaths from COVID-19 since the start of the pandemic in Brazil reached 500,000, the highest number of deaths in absolute terms after the United States. Bolsonaro has also received strong criticism for the management of the vaccination campaign, which started with delays and inefficiencies.

The doctors who visited him in the last few hours considered it appropriate to transfer to San Paolo, where depending on the outcome of some tests they could decide to operate Bolsonaro again on the intestine. The president’s son, Flavio Bolsonaro, said in an interview that his father had difficulty speaking and was very weak, but he still said that any intervention should not be invasive.

Last July 7, during an interview, Jair Bolsonaro apologized to those who were listening to him “because I have been hiccups for five days”. He had speculated at the time that the cause could be some medications he had been prescribed after a visit to the dentist, adding that he had had hiccups “for 24 hours a day.” In the following days he had made further allusions to his condition.

Hiccups and health
Chronic hiccups can sometimes be a sign of another health problem, including disorders of the gastrointestinal system. For this reason, persistent forms should not be neglected compared to transitory ones, which can occur due to a sip of water gone wrong, a few coughs or a sudden effort.

The scientific literature on hiccups is not very extensive, precisely because in principle the problem is harmless and lasts a short time. Hiccups are caused by a rapid and involuntary contraction of the diaphragm, the layer of muscle and tendons that separates the upper torso from the lower one. The spasm involves a rapid inhalation of air and an immediate closure of the glottis, which has among its purposes that of isolating the esophagus from the trachea, that is, the digestive system from the airways. The combination of inhalation and glottal release leads to the classic “this”Emitted by those who have hiccups.

The functions of hiccups are still not fully understood. One hypothesis is that spasms serve to develop the ability to breathe of the fetus during pregnancy, others hypothesize that it is an evolutionary legacy, linked to our very distant amphibian ancestors who had to regulate breathing depending on whether they were in water or on land. .

Cause
Experts believe that the spasm involves a reflex arc, that is, a nerve reaction that does not affect the higher nerve centers. Among the suspects are the vagus and phrenic nerve: the first (there is a right and a left) starts from the medulla oblongata (the lowest part of the brain stem) and reaches the lower chest and abdomen; the second starts from the cervical spinal nerves and innervates a large part of the diaphragm. If any of these nerves become irritated, you can suffer a fit of hiccups.

There can be many events that disturb the phrenic and the vagus, and this explains why hiccups can have numerous causes. After a meal, for example, the increased dilation of the stomach can interfere with the two nerves, leading to their reaction that affects the behavior of the diaphragm and the way it contracts. It can also happen on an empty stomach, for example if you are ingesting a carbonated drink, which leads to a sudden and temporary dilation of the stomach walls.

Among the less pleasant causes that concern other medical conditions there may be: anxiety, severe stress, lack of sleep, an incorrect intake of vitamins or minerals, or even intestinal problems that affect the normal functioning of the digestive system, as it seems to be. the case of Bolsonaro. There are also cases, fortunately rare, in which the spasms are caused by diseases such as tumors of the brain, stomach, lungs or the diaphragm itself. The presence of degenerative neurological diseases – such as Parkinson’s and multiple sclerosis – can lead to an increased frequency of hiccups.

Remedies
There are various remedies for hiccups, some more scientific than others and geared to identifying the causes so as to prevent it from recurring too often. Sometimes it is enough to remove the most likely cause depending on the case: reduce the consumption of carbonated drinks, avoid spicy foods, eat more slowly, reduce the amount of food ingested per meal (if necessary by increasing the number of meals in the day). For cases of persistent hiccups, a visit to the doctor is recommended in order to identify any more serious health problems.

Then there are the less scientific remedies that almost everyone ends up experiencing when they find themselves with a fit of hiccups and the desire to get it over as soon as possible. Again, their effectiveness is difficult to prove and varies greatly from person to person. A loud, sudden noise to scare the hiccup sometimes works, because it leads to a reaction that breaks the reflex arc. Among the solutions that usually work best are those that involve holding your breath for a certain period of time or trying to slowly drink a few sips of water, holding your breath until the end, and focusing a lot on what you are doing. The operation helps calm down and consequently relax the diaphragm, reducing spasms, some experts say. 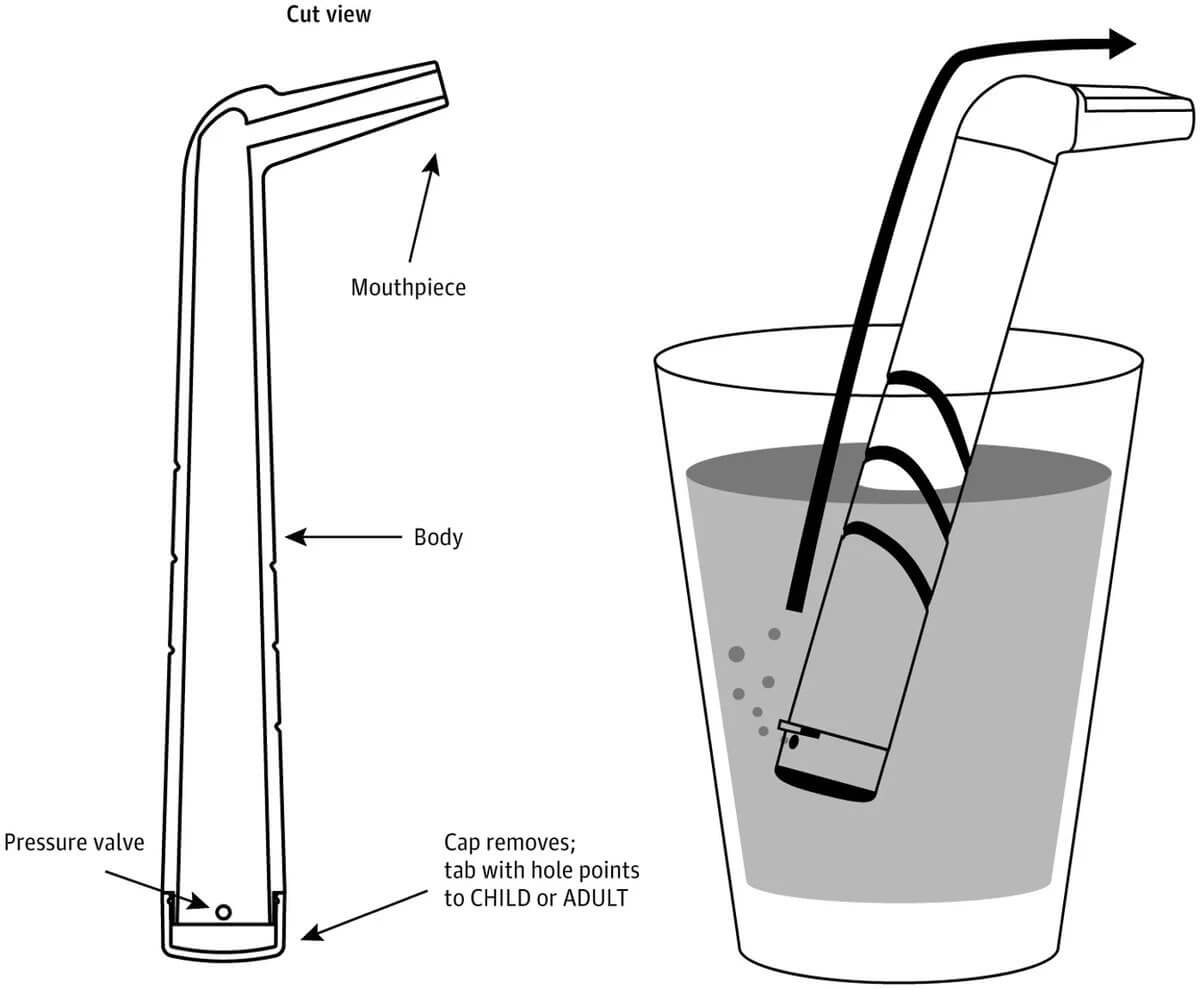 A US company recently developed a kind of straw that generates enough pressure while drinking to lower the diaphragm and move the epiglottis, stimulating the vagus and phrenic nerve. A research conducted on 600 volunteers, with at least one episode of hiccups per month, found promising results: 90 percent of the participants said they obtained more effective results than the classic remedies.

Chronic
In very rare cases it is not possible to trace a chronic hiccup to a specific cause, making it more difficult to resort to effective therapies to control it. The case of Charles Osborne has become quite famous in the medical history of hiccups.

In 1922 Osborne made an effort to lift a pig for slaughter and he got the sob with which he had to live with for 68 years. No one was able to find a remedy for his problem. In the first decades he lived with about 40 spasms (sobs) per minute, then decreased to about twenty in the last years of his life. The hiccup disappeared on its own in 1990, giving Osborne a few months of respite before his death. According to Guinness World Records, Charles Osborne is the person to have lived the longest with hiccups, with an estimated total of 430 million hiccups.

Contacts between Inter and Rome: the two clubs are working on the possible exchange between Perisic and Florenzi

Tokyo Olympics swimming, Simona Quadarella closes third in battery and flies to the final in the 800 sl – OA Sport