The purpose of the tampering was justify the extraordinary search of 6 April, tying it in an indissoluble way, as if it were a direct consequence, to the protest of the prisoners of the day before. The investigating judge highlights how Colucci “illegally acquires on Fullone’s mandate, on April 9, 2020, five clips of the video-recordings made on April 5 and relating to the protest for barricade”. 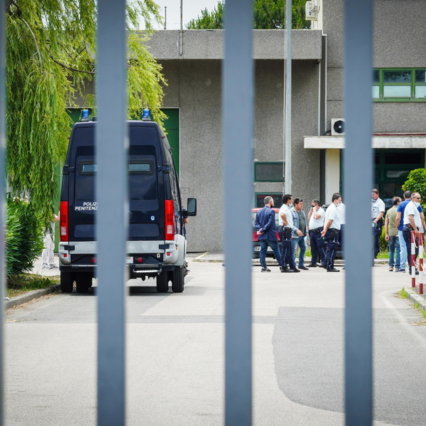 Colucci, continues the investigating judge, sends the videos “through the WhatsApp application to Fullone on the same date and, to Massimo Oliva (suspended, ed), delegating the alteration by eliminating the audio (“Do you take away the audio?”) As well as the alteration of the date and time of creation, in order to make it consistent with what is reported in its false report of 6 April 2020 and to simulate having viewed, in real time, and acquired the clips of the video – on April 5 – during the barricade protests, thus creating, with autonomous documentary evidence, the event to posthumously justify the search on April 6, 2020 and the violence that took place on the same date “.

“Once the clips of the video were altered – continues the investigating judge – Colucci handed them over to Francesca Acerra (Commissioner of the Penitentiary suspended from service, ed), who sent two of the 5 clips of video, without audio, which filmed the protests of the detainees “. The clips of the videos end up in a cd-rom that Colucci delivers to Acerra, and this one in turn he hands them over to the carabinieri of the Compagnia di Santa Maria Capua Vetere to which the investigations have been delegated. That cd Fullone also produced it during the interrogation given to the investigators on 10 July 2020, despite “he was aware of the alteration”.

PREV 7 new positives after one year of absence of the virus
NEXT Tokyo 2020, swimming: the men’s mixed 4×100 relay is bronze | News

Sicily weather, even August will be hot: this is what the climate maps say

how much they will cost from 6 August – Il Tempo