Seven years ago he left us Giorgio Faletti. Television face, writer, author of best sellers such as “I Kill”, he was born in Asti on 25 November 1950. A multifaceted character and artist with many faces, Faletti he has known success in various artistic fields: from TV for everyone, to writing, to music as a singer and author, up to committed cinema.

Renowned stand-up comedian on TV, he made the general public laugh at “Drive in”, and then that of “Fantastic” (it was 1990) with Pippo Baudo, Marisa Laurito and Jovanotti. In the musical field he writes for many Italian artists and in 1994 and won the critics’ prize at the Sanremo Festival “, also ranking second overall, with “Mr. Lieutenant”, a song inspired by the Capaci massacre that has remained in the collective imagination. 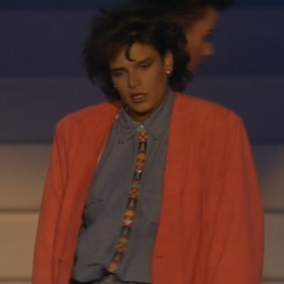 But it was in 2002 that he surprised everyone, audiences and critics alike, with his extraordinary debut as a narrator with the first thriller, “I kill”, which sells over 4 million copies. In 2004 he doubled with the second novel “Nothing true except the eyes”.

We remember him, seeing him again in a special jam session on the stage of “Happy Birthday Channel 5” with Pippo Baudo and Massimo Boldi.

Lorella Cuccarini, 30 years of love with Silvio Testi: happy as the first day

Google’s Doodle / The message that challenges No Vax

No of Ema at the third dose of the vaccine. But there are already those who offer it