Euro 2020 resumes today with the first two quarter-finals: Switzerland-Spain at 6pm and Belgium-Italy at 9pm. The first match is played in Russia, in St. Petersburg, the second in Germany, in Munich. The two winners will meet in the semi-finals on Tuesday 6 July at London’s Wembley Stadium.

The biggest surprise of these Europeans, the Switzerland of former Lazio coach Vladimir Petkovic, play the quarterfinals against Spain. Just against Spain, at the 2010 World Cup, Switzerland made a feat similar to that seen a few days ago against France, beating them 1-0 in the group stage. That remains his only victory in twenty-two games played against Spain, who are favorites tonight, even if so far it has not seemed unbeatable, even for a team with less quality like Switzerland.

To get this far, Italy beat Turkey, Switzerland and Wales in the groups and Austria in the round of 16 after extra time. Belgium, on the other hand, beat Russia, Denmark and Finland in the groups, and Portugal in the round of 16. Belgium and Italy are the two national teams with the highest number of consecutive victories at the European Championships, between qualifiers and the finals. Both have won 14 in a row and whoever gets through tonight will set the new unbeaten record for the tournament. The winner will play in the semifinals against the winner of Spain-Switzerland.

The scoreboard of the knockout stage: 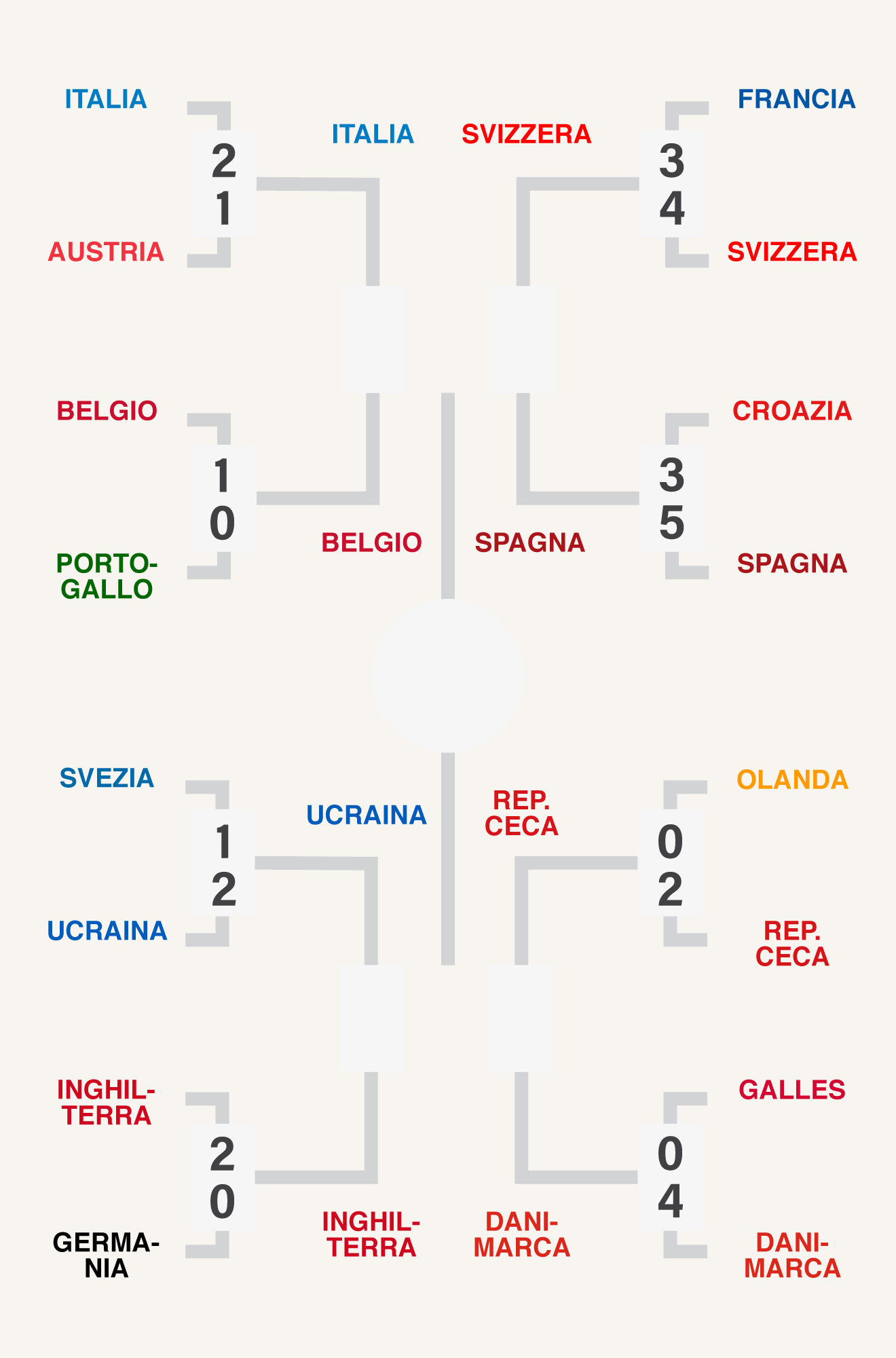 The match schedule for the next few days:

PREV Reggio Calabria, 2 Municipal Police officers arrested and 7 others suspended: they stole the goods of street vendors, denounced by a non-EU citizen. Discovered sensational round of favors for cars [DETTAGLI]
NEXT from Gkn to Timken, the multinationals are firing Corriere.it

“I was confused, I don’t remember.” And a super witness appears – Corriere.it

POLL – Are you in favor of the green pass for school staff and pupils aged 12 and over?

POLL – Are you in favor of the green pass for school staff and pupils aged 12 and over?