“We are seeing the switch between the Alpha and Delta variants and the latter should become prevalent in the next month,” Moratti specifies.

From an analysis by the Lombardy Region General Welfare Directorate, it emerges that “all Covid variants are effectively covered after the completion of the vaccination cycle. From January to Wednesday June 30, 18,038 genotypes were performed in Lombardy for 16,231 patients. Overall, 228 patients were identified for the Delta variant, equal to 1.4% of patients undergoing genotyping “.

“In the month of June alone – continues the note – the percentage of cases with the Delta variant was 10% of the total monthly positive swabs. A percentage that has grown a lot in the last days of the month, even in the context of a constant decrease in positives at Covid, as we are witnessing the switch between the Alpha and Delta variants. “

“Overall, the situation – it continues – appears to be under control, above all thanks to the total genotyping of positive swabs carried out by the Lombardy Region, which allows a real-time mapping of the spread of the infection and its variants. On average for all the variants identified , 87.2% of those infected were not vaccinated; 8.1% were vaccinated with the first dose and 4.7% were vaccinated after a full course “.

“In any case – concludes the note – vaccination coverage drastically reduces the risk of contagion and in any case the possible development of the disease in a serious form. In particular, after the completion of the vaccination cycle and 14 days after the second and last administration, the response to the vaccine is almost the same for all variants “. 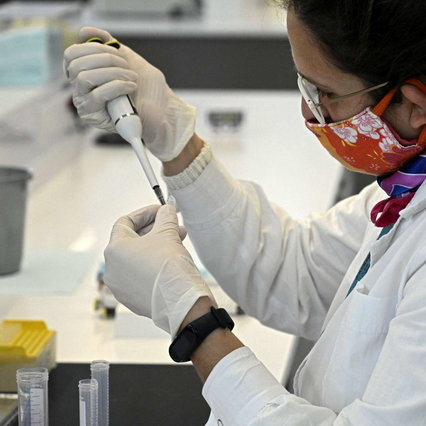 Francesca Mirarchi, who died at the age of 19 to “catch the dawn”: it was a promise of athletics

she seeks a home in South Africa with the twins

she seeks a home in South Africa with the twins

“Thank you all, I can’t wait to start my later”

“Corrupt criminals, my son’s face is the flag of the freedom to live, to think and to rebel”